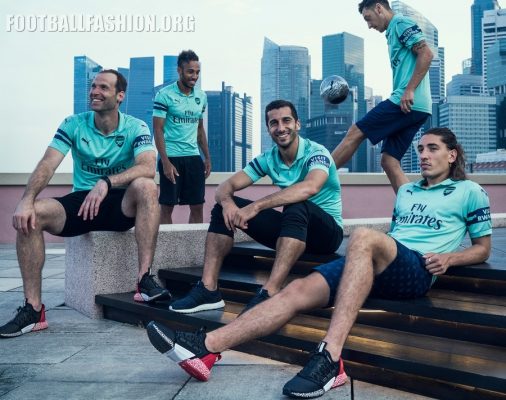 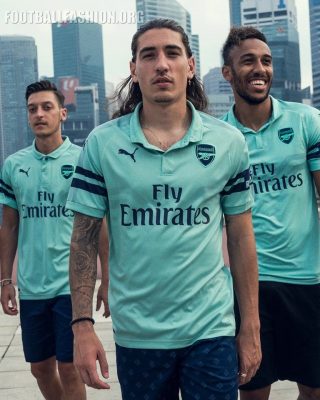 The Arsenal 2018/19 third Kit is the final part of the ‘Beat of the City’ story, inspired by the passion of the fans that fuels the club. This time, the beat comes in the form of a ‘W’ engineered into the evoKNIT performance fabric of the shirt. 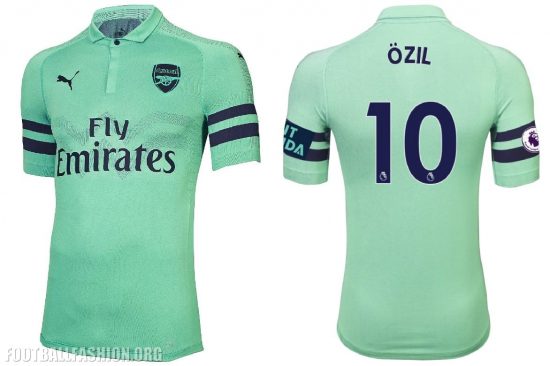 The ‘W’ represents the attacking part of the famous WM formation introduced in the 1930s by Arsenal legend Herbert Chapman and is directly linked to the ‘M’ graphic featured on the away shirt. 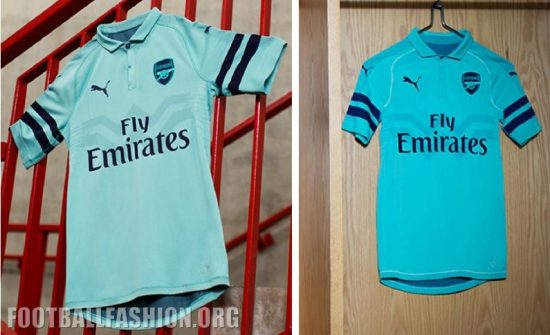 The shirt comes in a modern Biscay Green base color, with Peacoat Navy detailing. Although a completely new shade for the club, the green and navy combination is reminiscent of the 1982/83 ‘Bluebottle’ kit. 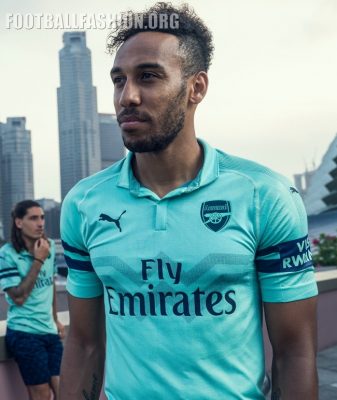 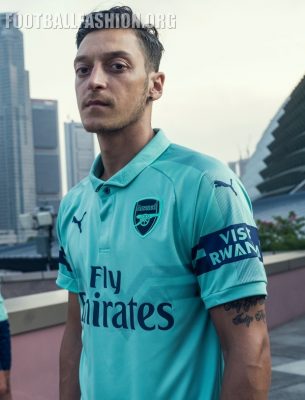 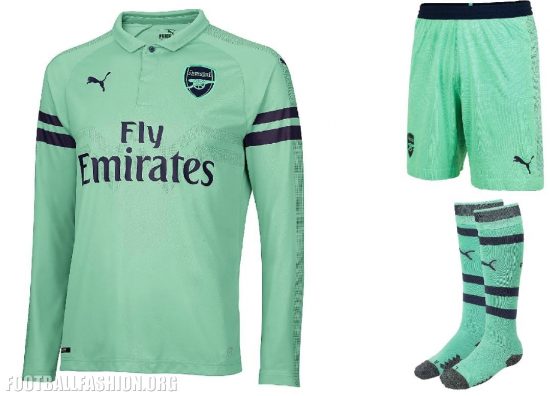 Engineered cooling zones in the shirt act as channels regulating the body’s temperature, whilst dryCELL technology provides moisture management across the fabric with high-performance yarns that wick sweat away from the body. The kit is created using a seamless evoKNIT construction that provides a lightweight ‘second skin’ feel, so the fabric acts in harmony with the player’s movements and not against them, allowing for improved performance on the pitch. 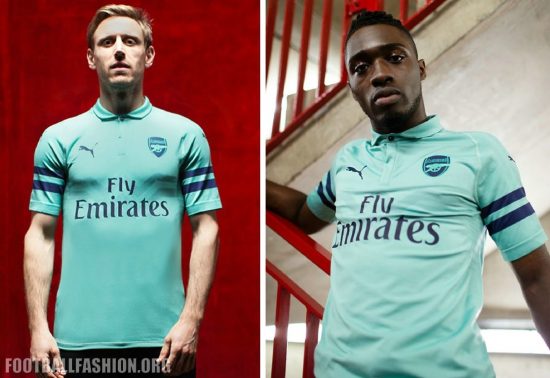