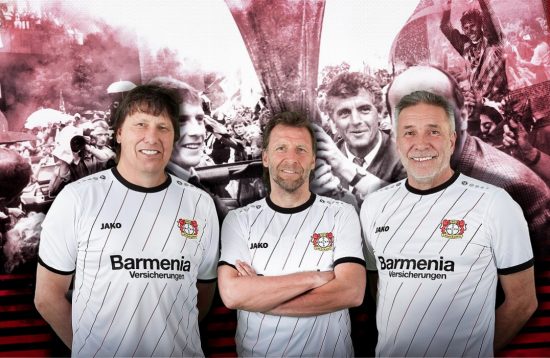 The shirt takes it design inspiration from the 1987/88 away kit worn by Bayer 04 during their penalty shootout win over La Liga’s RCD Espanyol in the second leg of the home and away cup final. 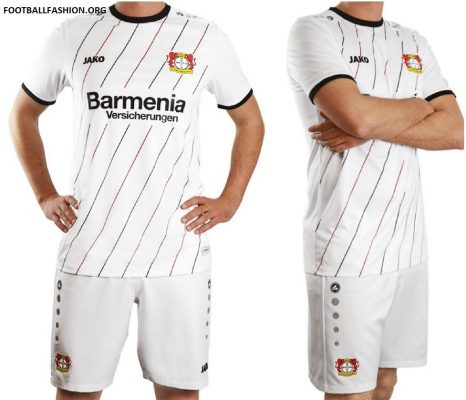 Like the 1988 jersey, the Bayer Leverkusen 2018/19 UEFA Cup 30th Anniversary kit has a white base with a ribbed rounded collar and a series of eleven diagonal pinstripes on its front. The pinstripes represents Bayer’s players. 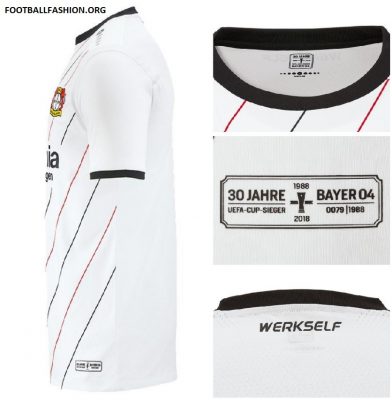 “WERKSELF” is printed on the signoff area at the back of the kit while a commemorative stamp celebrating the 1988 European title appears on the inside neck area. The shirts are individually numbered from 001 to 1988 as part of the commemorative stamp. 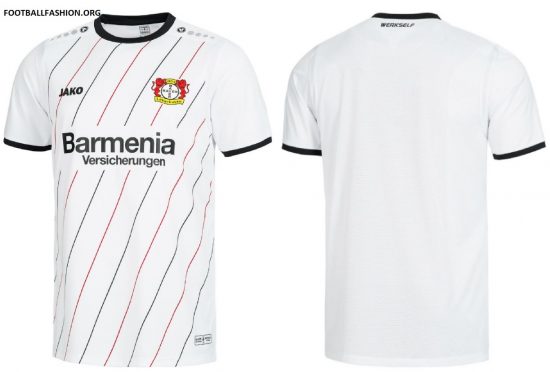