Seattle Sounders FC today unveiled, in conjunction with Major League Soccer and adidas, its newest Rave Green kit, which serves as the club’s primary jersey for the 2018 and 2019 MLS seasons. It will be on sale at World Soccer Shop, Kitbag, Pro:Direct Soccer and UK Soccer Shop. 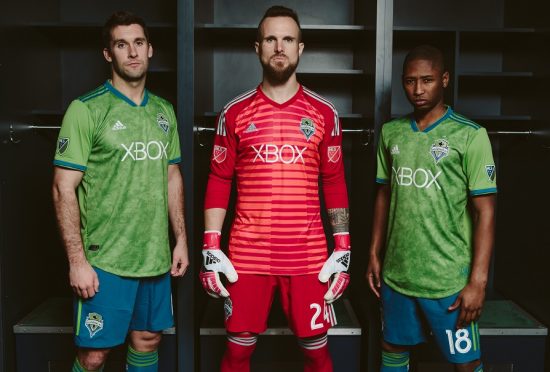 Officially dubbed “The New Rave Green,” the kit joins a line of the club’s iconic primary jerseys stretching back to the inaugural 2009 season and includes special recognition of the team’s fans in its jock tag design and phrasing across the back neck. 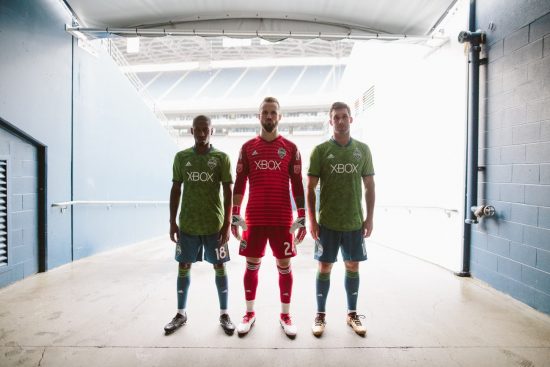 The Seattle Sounders FC 2018 New Rave Green features an athletic player fit with adidas’ engineered AdiZero fabric and back panel to provide full freedom of movement and temperature regulation while remaining the lightest class of soccer jerseys on the market. 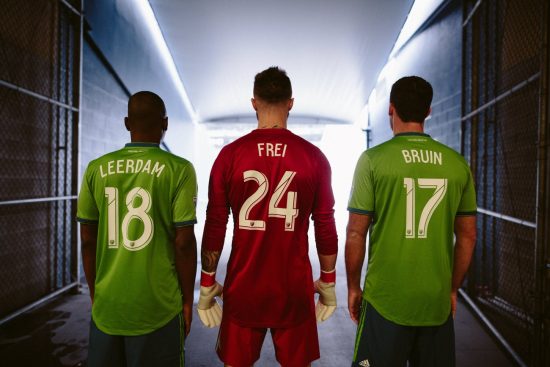 The jersey is created in all-over tones of Rave Green, with a unique brush-stroke print across the entire front body, making each shirt slightly individual from the other. The adidas EQT collar and sleeve cuffs feature roll over of the front panel print, and the team’s crest now features a permanent silver star commemorating the 2016 MLS Cup Championship. 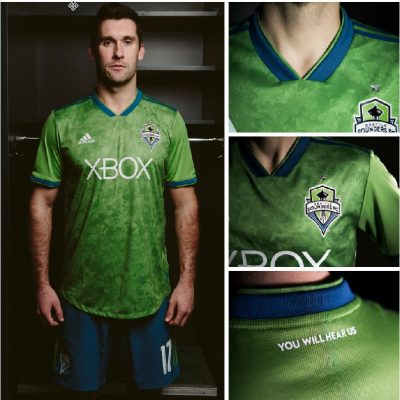 Most distinctive to the jersey are its jock tag and back neck transfer, both of which pay tribute to the club’s fans in a special way. Replacing the Official Corporate Seal of the City of Seattle on the lower right hand hip of the jersey is a new jock tag celebrating the 10th anniversary of the Sounders FC Alliance. 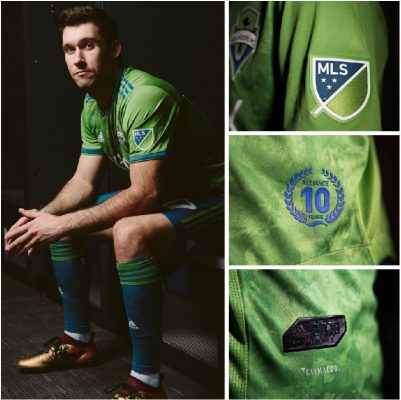 A key component to the club’s commitment to Democracy In Sports, the Alliance, through the leadership of Alliance Council, gives Seattle’s fans a real and influential voice in the overall course of the organization. Starting in 2016, the team’s front office worked alongside Alliance Council members on the direction of the 2018 Primary Kit and how best to recognize the tireless contributions of the Alliance on the newest jersey. 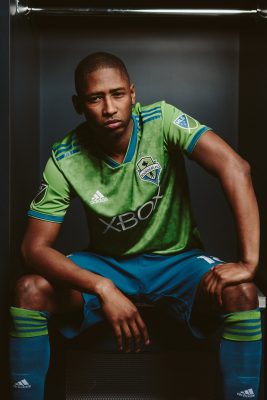 On the back of the jersey’s neck, the phrase “You Will Hear Us” is emblazoned, paying homage to longtime SB Nation blog and online Sounder fan community Sounder at Heart , who coined the term as tribute to Sounders FC’s dedicated supporters who create the most vocal home-field advantage in Major League Soccer. 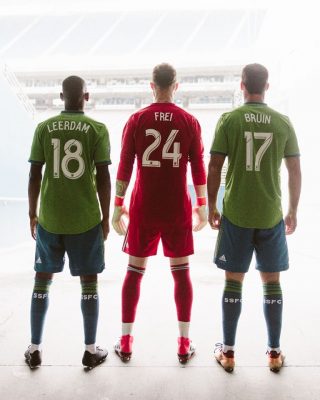 The 2017/18 Heritage kit, introduced last season, remains Sounders FC’s secondary kit in 2018. The clean white body with a polo collar in bright cyan celebrates the team’s history with a throwback crest from the NASL Seattle Sounders and “Born in 74” jock tag.

Xbox continues as the club’s jersey sponsor, with the iconic letters of the Microsoft-owned gaming and entertainment system emblazoned across the chest of each kit. Xbox has been the lone jersey partner for Sounders FC since the club joined MLS, originally agreeing to a multi-year partnership on May 28, 2008. 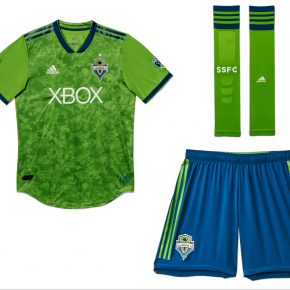 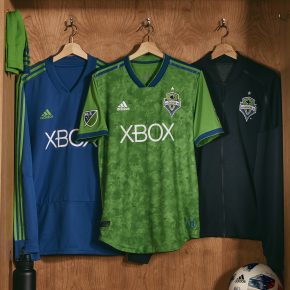 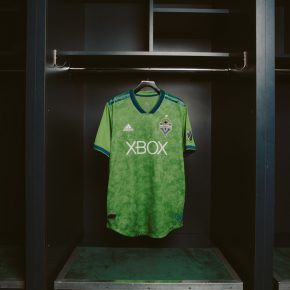