UEFA EURO 2016 semi-finalists Wales wore their 2018/19 adidas home kit for the first time on their return to France for an international friendly with Les Bleus on Friday.

The new Dragons shirt will be available at Football Association of Wales (FAW) official retail partner JD Sports along with UK Soccer Shop and  Subside Sports. 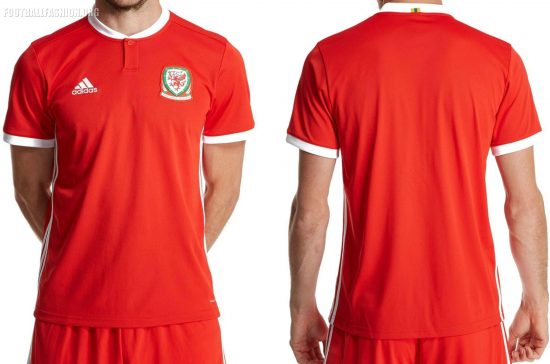 According to the FAW the mainly red look of the new Welsh home shirt builds upon the look of the team’s EURO 2016 jersey given the success at the tournament. It uses a new adidas design with a white single buttoned grandfather collar. 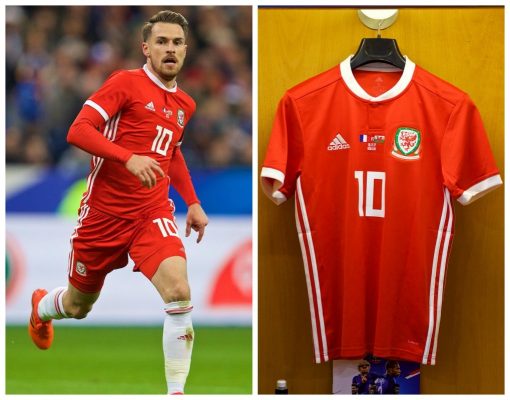 A melange base fabric given its a classic cotton look. A gold and green loop at the back of the collar is inspired by the tramlines on the front  of the Wales 1976 to 1979 primary shirt. Additional details include white sleeve cuffs and adidas flank stripes. 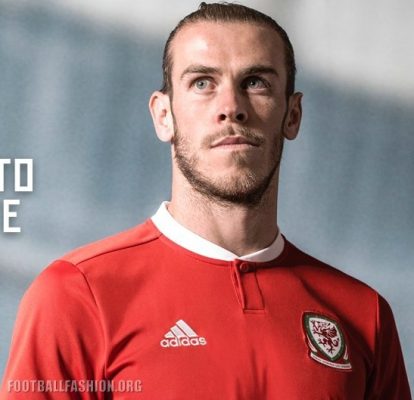 The Wales men’s senior national team will don their 2018/19 adidas home kit again on Tuesday when they host Panama at Cardiff City Stadium. The women’s team will have their first runout in the strip against Kazakhstan in 2019 World Cup qualification action on November 24th at the same venue. 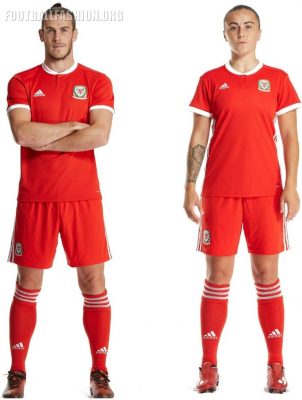