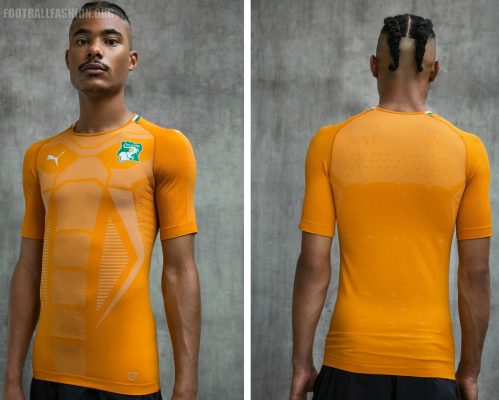 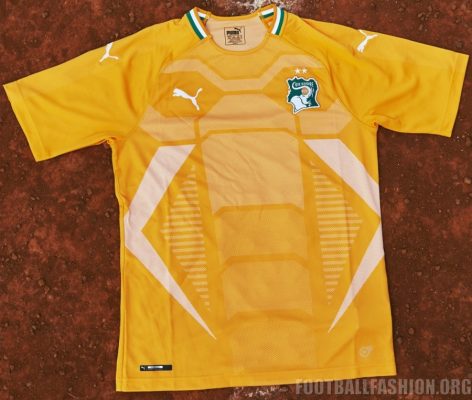 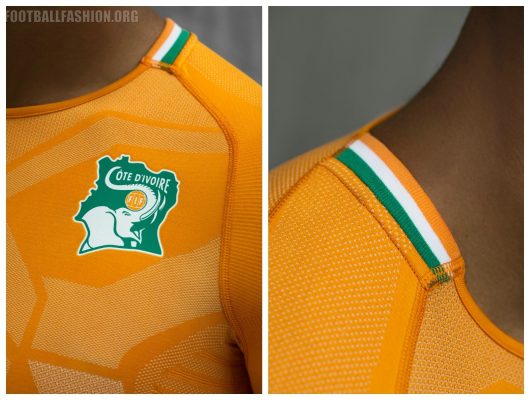 In the traditional orange of the two-time African champions, the shirt has a striking stylized elephant head design on its front in homage to the team’s nickname. Ribbed inserts in the green, white and orange of the Côte d’Ivoire national flag appear on the sides of the jersey’s collar. 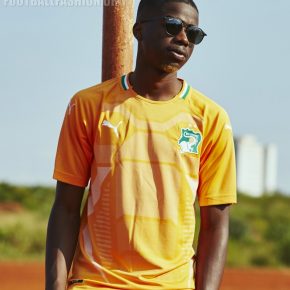 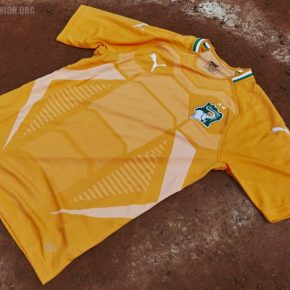 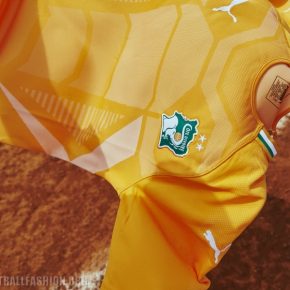 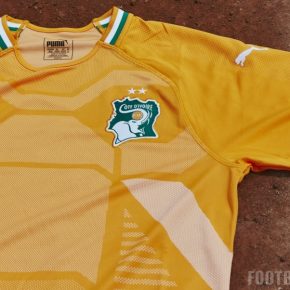 A World Cup team in 2006, 2010 and 2014, the Ivory Coast will be a notable absentee for Russia 2018 following their failure to defeat Morocco at home on Sunday in a decisive qualifier.