The Australia Wallabies debuted a special edition 2017/18 Indigenous rugby jersey during their 3rd Bledisloe Cup match win over the New Zealand All Black in Brisbane on Saturday October 21st. Furnished by Wallabies technical sponsor Asics, the well-received kit is expected to be available at World Rugby Shop, Kitbag Rugby and Lovell Rugby. 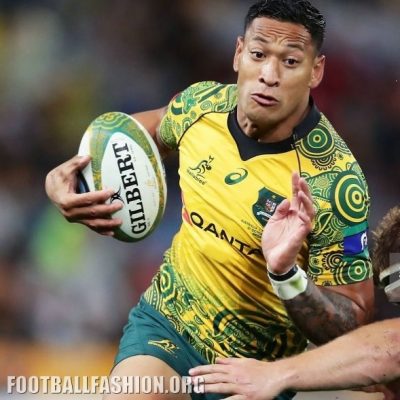 According to the Australian Rugby Union: Australian Rugby is committed to furthering reconciliation in Australia and using our great global game to promote Aboriginal and Torres Strait Islander culture which is the oldest continuous living culture in the world. 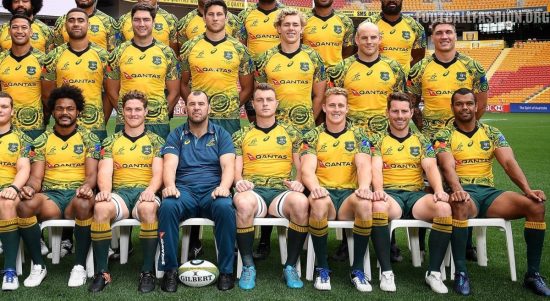 The Wallabies Indigenous jersey has been designed by a young Kamilaroi/Gamilaraay man from Redfern in Sydney. The artwork shows the Wallabies and Indigenous and non-Indigenous communities coming together as one. the name Wallaby, also known as ‘walabi’ or ‘wulaba’, comes from the Aboriginal language of the Gadigal people of Eora country (Sydney). 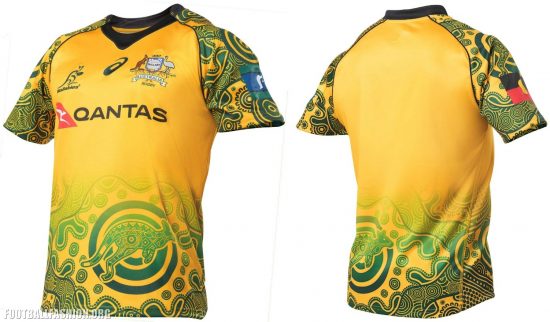 Through the centre of the artwork, the Wallaby is shown as a symbol for moving forward; it travels through many lands and communities whilst facing obstacles along the way. As the Wallaby can only move forward and not backward, it reflects the ARU’s goals to celebrate sport, culture, and community by always showing strength, respect, and courage. 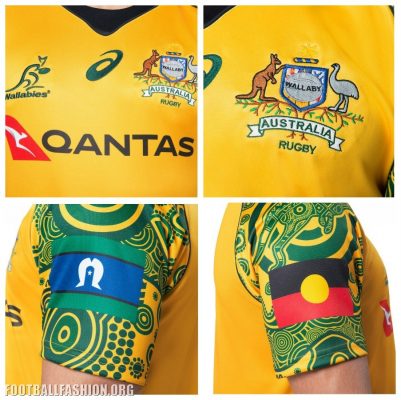 The layers of circular symbols and patterns depict the many camps, communities, and people who all meet around the Wallaby to work, share and connect with one another. In honour of the 14 indigenous players who have donned the Wallabies jersey, there are 14 symbols surrounding the Wallaby which celebrate the communities and contributions of Australia’s 14 Indigenous Wallabies. 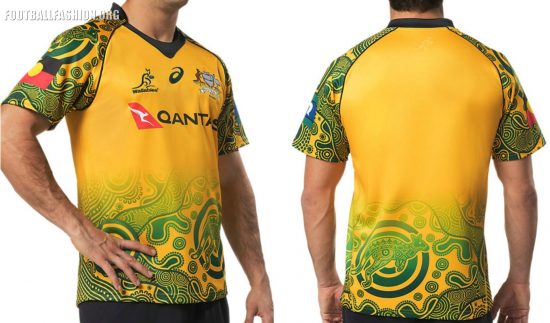 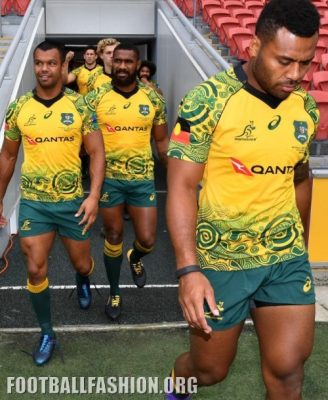