Fans of Swansea City Association Football Club were treated to a first look at the Premier League side’s 2017/18 Joma third kit during an open training session at the Liberty Stadium. 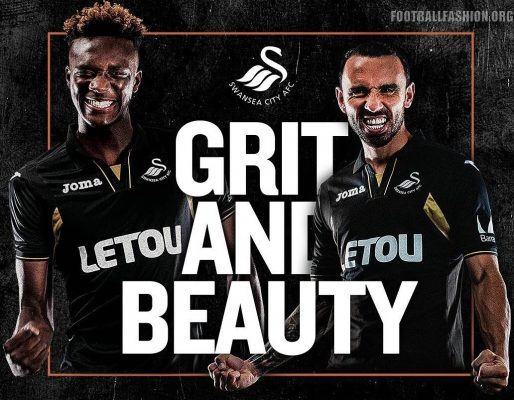 The mainly black shirt features a bespoke design from Joma that is highlighted with a a retro-styled polo collar / v-neck combination. Golden detailing works well with the black base and appears via a neck insert, sleeve and collar trim and flashes at the sides of the chest. 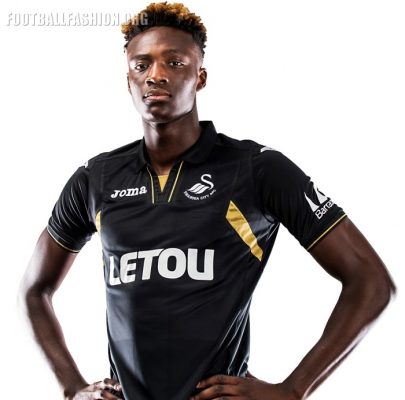 “SWANSEA CITY AFC” is printed on the inside neckline of the jersey. Tonal stripes are built into the fabric of the kit and appear on its front and back. 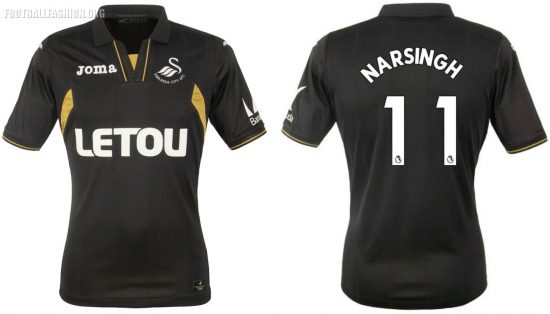 The Swansea City 2017/18 home, away and third kits will be on sale at World Soccer Shop, UK Soccer Shop, Subside Sports, Lovell Soccer and Kitbag. 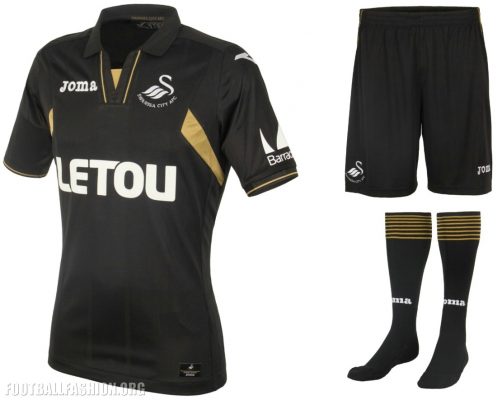