Swansea City Association Football Club today revealed the Joma home and away kits that they will wear during their 2017/18 campaign – the team’s sixth consecutive season in the Barclays Premier League. 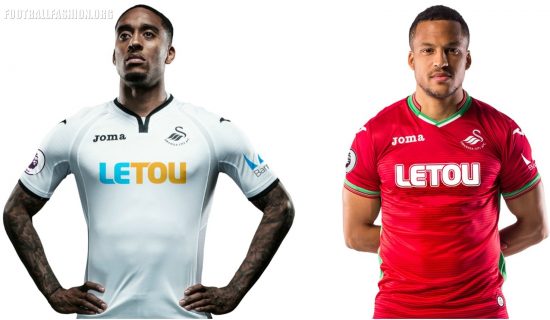 The Swans 17/18 primary and alternate shirts will be on sale at World Soccer Shop, UK Soccer Shop, Subside Sports, Lovell Soccer and Kitbag in the coming weeks. 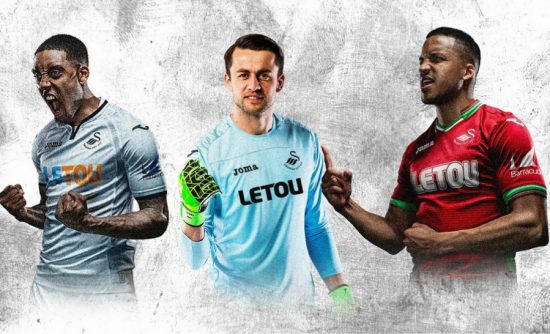 The Swansea City 2017/18 home jersey is in the traditional white with a contemporary black y-neck collar. It is further detailed with black sleeve cuffs and Joma branding. The design used for the shirt is bespoke and brand new from Joma. 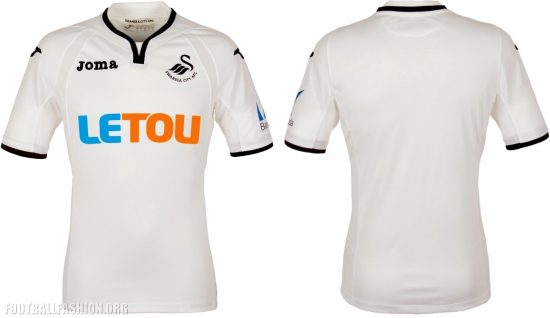 Swansea’s new away kit uses the red, white and green of the Welsh national flag. The colorway was also used for the club’s Centenary secondary shirt during the 2012/13 season. 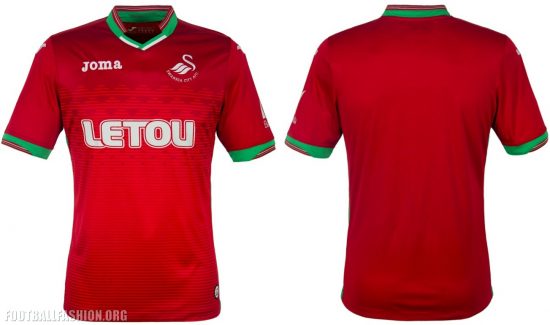 The jersey has a v-neck collar with a standing portion at its rear. A tonal design that includes subtle horizontal lines and inverted triangles runs along the front.

“SWANSEA CITY AFC” is printed on the inside necklines of both kits. 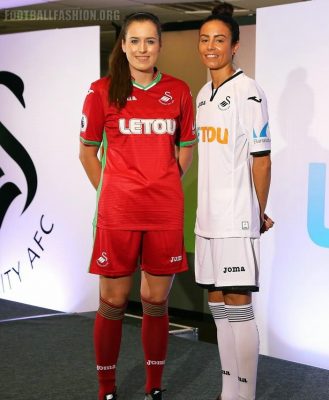 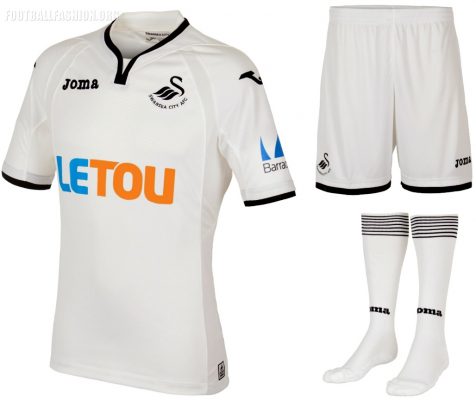 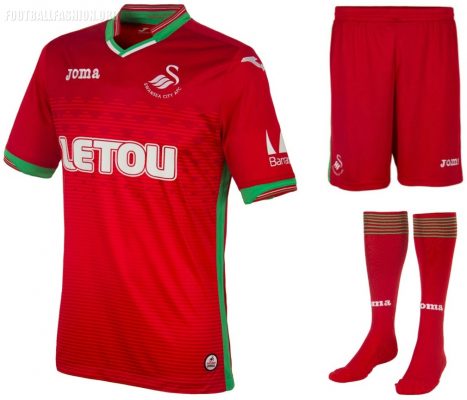