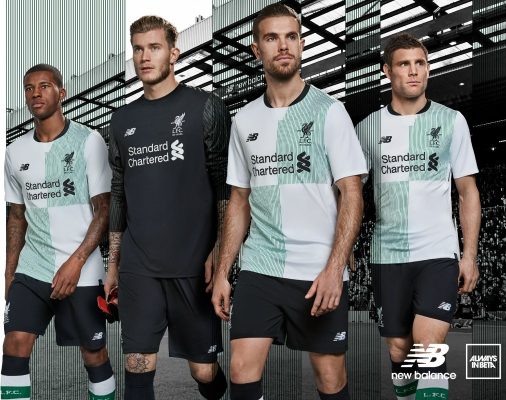 The shirt has been launched as part of the ‘Pure Liverpool FC’ campaign for the 2017/18 season tying into the Club’s 125th anniversary celebrations. 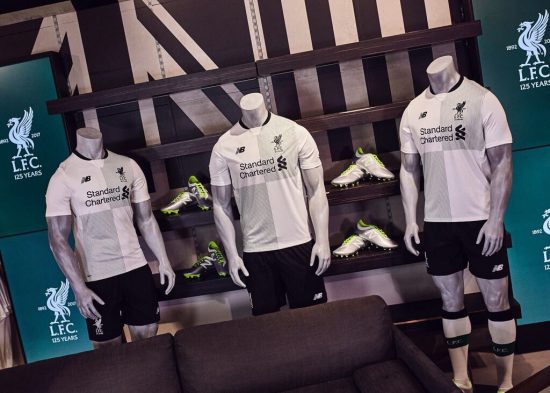 Continuing the theme of celebrating iconic periods and kits from Liverpool FC’s 125 year history, the 2017/18 away kit takes inspiration from Liverpool’s founding jersey worn in 1892, which featured a blue and white quartered pattern. Since then, iterations of this iconic kit have featured throughout the decades, including the providing the inspiration for this year’s away jersey. 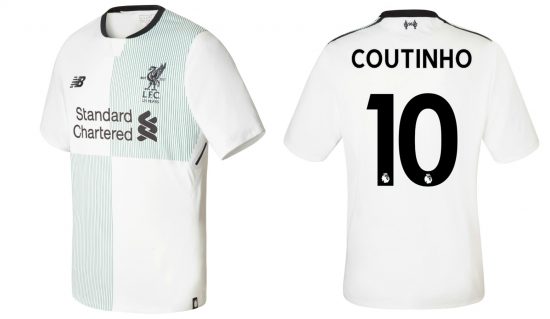 The Bottle Green and White colour palette was first seen on the Liverpool 1991/92 away strip and was a notable theme of the 1995 away kit. Similar to the 2017/18 home strip, the new away kit sports a stylish pin stripe housed within a quarter design. The jersey features a debossed ‘125’ to the shoulder seam tape and is framed with a black collar. The kit pays homage to the club’s 125th anniversary, featuring the special 125th anniversary crest. 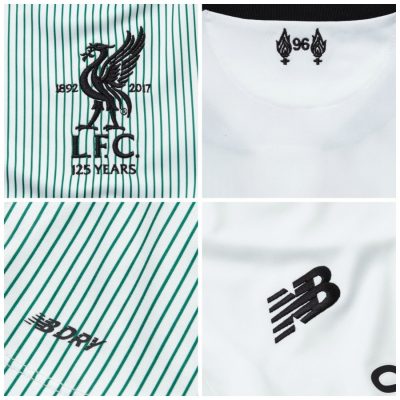 General Manager of New Balance Football, Richard Wright said: “The design for this year’s away kit has a special place in Liverpool FC’s history as it recalls Liverpool FC’s first ever strip as it embarked on its 125 year journey. The New Balance design and tech teams have done a brilliant job in creating a kit that will be an instant classic not only amongst the fans but also the players.” 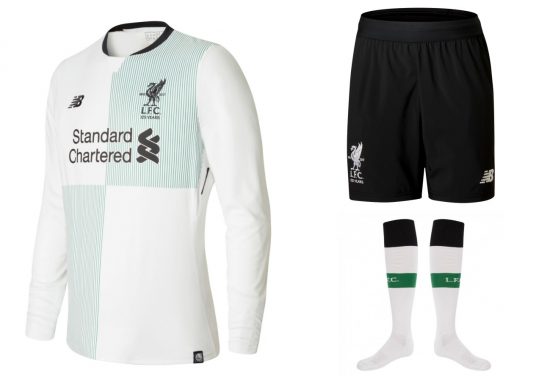 The Liverpool FC 2017/18 New Balance away kit is completed by black shorts and white socks with a green horizontal stripe and black trim. To offer added support to the ankle, the socks have built in comfort zones and the footbed has been developed with polypropylene to alleviate excess moisture when the foot makes contact with the boot. 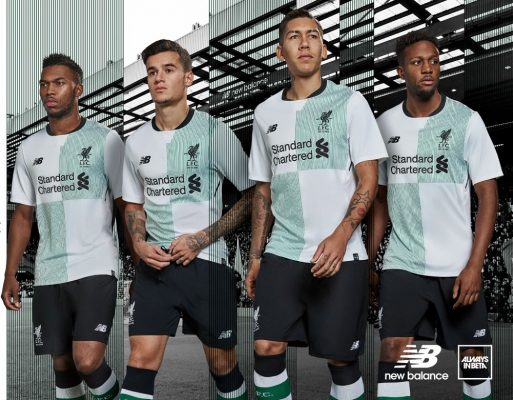 Liverpool FC Vice-Captain James Milner said: “This kit looks classic – up to date, but with a nod to the past – it will be a reminder of the foundations this great club is built on every time we wear it. The whole team is really proud to be a part of this huge anniversary for the club, and we can’t wait to wear this kit next season.”