adidas Brasil has launched the 2017/18 away kit of former world club champions Clube de Regatas do Flamengo. The striking white shirt with a single band of the team’s red and black stripes is being worn by side in their ongoing Campeonato Brasileiro Serie A campaign. 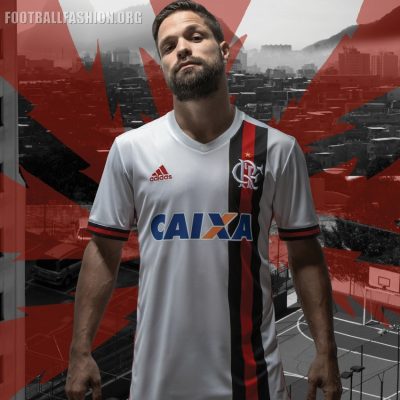 The relatively simple jersey is further detailed with red and black sleeve cuffs and red adidas striping running down its flanks. Player issued (adizero) versions have underarm and back ventilation. An excerpt from Flamengo’s club song, “Flamengo sempre eu hei de se” (I will always be Flamengo) is printed in red on the outside upper back. 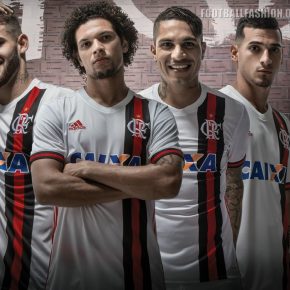 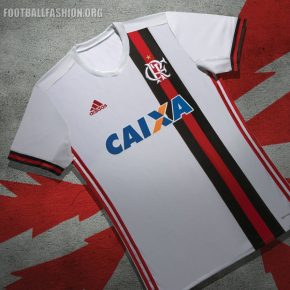 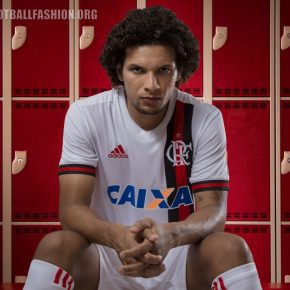 “adidas has always been synonymous with innovation and creativity. Having the opportunity to combine innovation, tradition and cutting-edge technology into the uniform of a great club like Flamengo is a great honor for all of us who work at adidas. 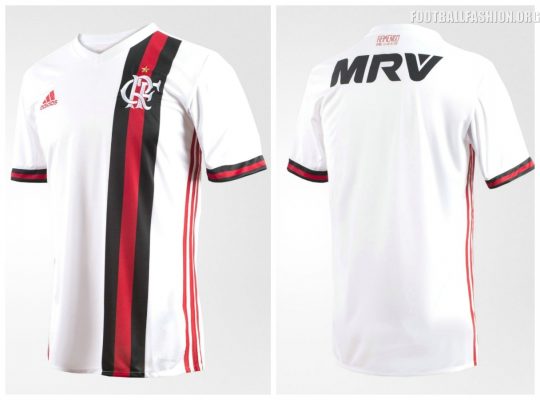 The detail of the vertical stripe onthe away shirt is a feature that goes to add yet another chapter to the glorious history of this kit. And the result follows the highest standards of quality and cutting-edge materials such as those used for clubs such as Manchester United, Real Madrid, AC Milan, Bayern Munich and Juventus “, commended Luiz Gaspar, head of soccer adidas Brasil. 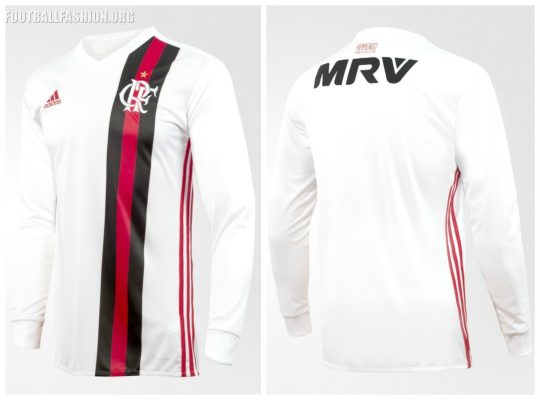