On the heels of their new home jersey reveal, Dutch Eredivisie powerhourse PSV Eindhoven have revealed their 2017/18 Umbro away kit. Both of the “Boeren” (Peasants) 17/18 shirts will be on sale at World Soccer Shop, Kitbag, Subside Sports, Lovell Soccer and UK Soccer Shop. 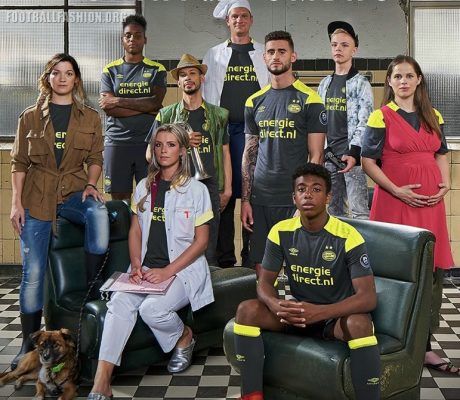 PSV’s 2017/18 away shirt is inspired by the GLOW light festival held in Eindhoven every autumn. It hasa dark gray base with bright yellow blocks on its shoulders. The Umbro diamond taping on the sleeves and shoulders of the jersey are also in yellow. The tonal effect created is a trend among Umbro’s 17/18 club kits. The matching shorts and socks have similar accenting. 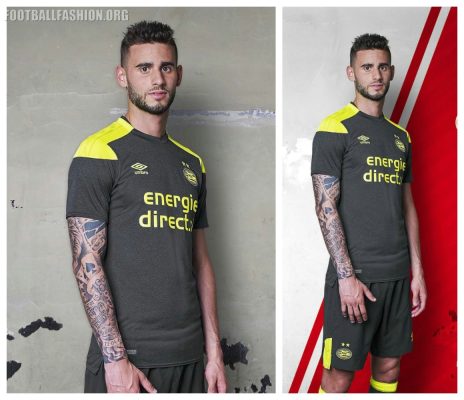 Umbro kit designer Bryony Coates said: “PSV fans are proud of their light festival. We wanted to design a shirt that would radiate that feeling. My team andI shot images of GLOW and we were inspired by that. The bright, fluorescent yellow accents on a dark shirt symbolize the lights of GLOW and Eindhoven. ”