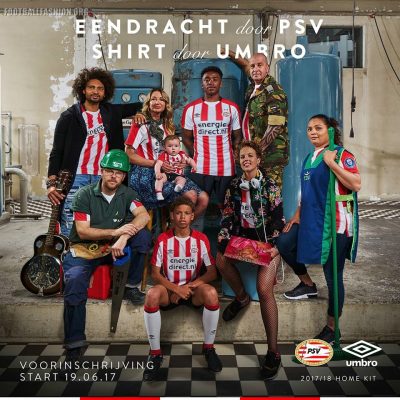 The PSV 2017/18 Umbro home kit is inspired by the shirt worn by Brazilian legend Ronaldo during his first season at the club in 1994/95 He quickly became a sought after property as he scored an impressive 30 goals that campaign. 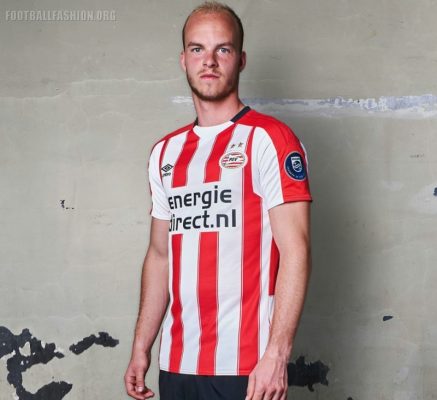 As was the case some 22 years ago, the PSV Eindhoven 17/18 home jersey has four red and three white vertical stripes on its front. The red stripes have pinstripes on their edges. 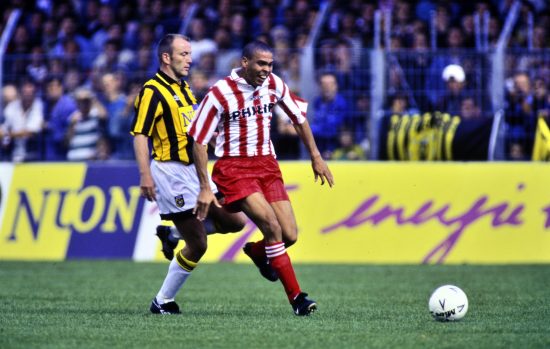 Ronaldo Playing for PSV During the 1994/95 Season

PSV and Umbro have chosen to include a white shirt sponsor area at the front center of the shirt and to give its sleeves a red and white look. The kit has a modern rounded collar that is black at its back. A white v-shaped insert appears at its front. 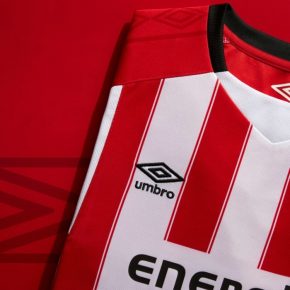 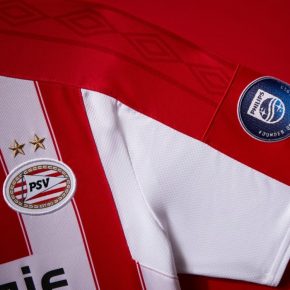 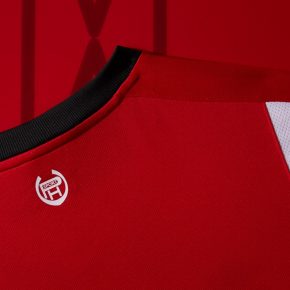 The back of the shirt has an all red face for easy player name and number visibility. Red and white stripes appear below the red block. 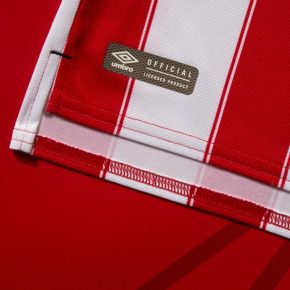 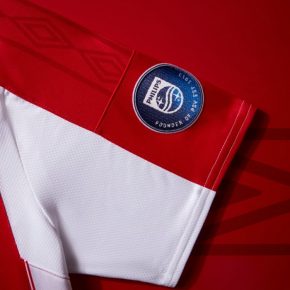 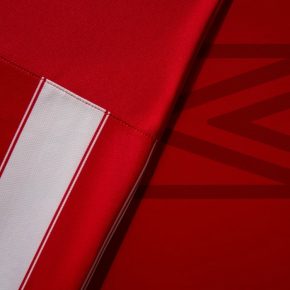 Umbro kit designer Bryony Coates commented: “Every season, it’s the challenge to give the home team some freshness without shattering PSV’s red-white look. This year we try that with a white stripe in the center of the kit and partially continuous stripes on the back. The shirt radiates PSV values, has a stronger historical origin, but is simultaneously fresh, contemporary and unique.”