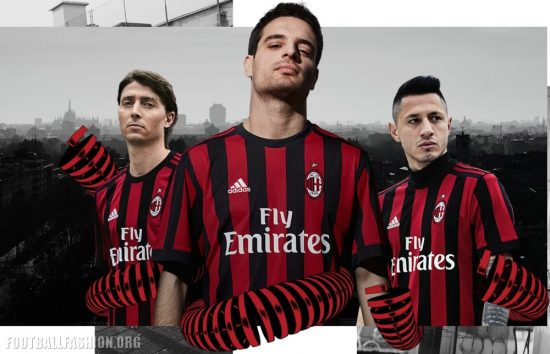 The new Rossoneri (Red and Blacks) primary jersey uses a simple and elegant design that invokes the club’s iconic heritage, taking inspiration from two dominant periods in the club’s history. 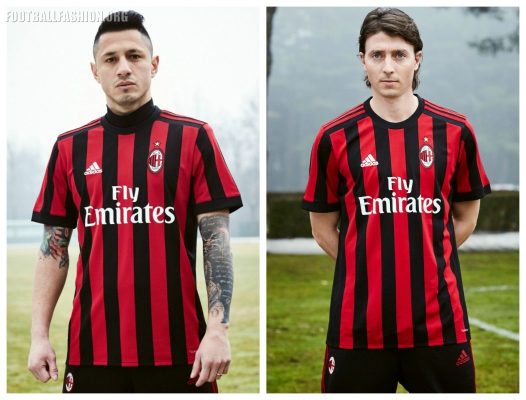 The first source of inspiration was the 10-year period from 1950-1960. This was the decade in which the club reaffirmed its superiority in the Italian Championship by winning four Scudetto titles. Taken from the kit design used throughout the 1950s are features such as the crew neck and the red stripe that runs down the middle of the jersey. 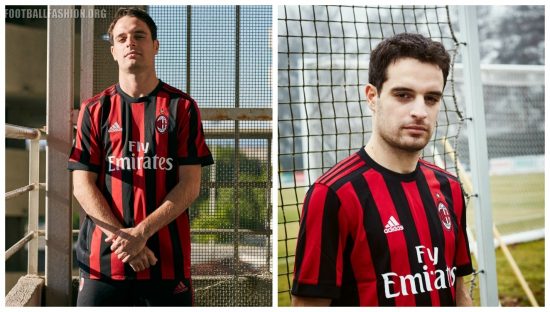 The width of the famous black and red stripes was inspired by the period between 1987/88–1997/98 where the club established itself as a dominant European power and grew its global fan base. This decade saw the club claim 17 out of the 29 trophies it has won in total throughout the club’s history.

The inspiration for the design is further enhanced by choice of font for names and numbers on the back of the shirt, which is similar to what was worn by the great champions of those years. 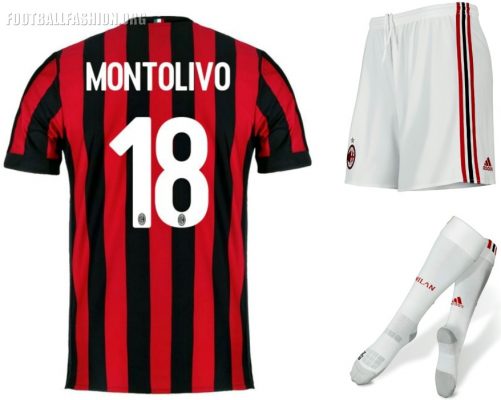 This golden era of modern dominance coincided with the club re-establishing its relationship with adidas and was used as the second source of inspiration for the bold and classic design of the 2017/18 jersey. 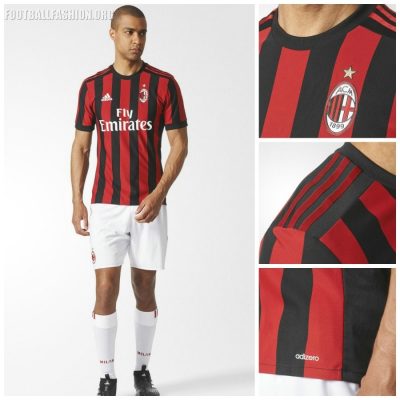 The kit is completed by white shorts and white socks with red stripes. The jersey will be worn for the first time in AC Milan’s final home game of the season against Bologna on the May 21st. An alternative option with black socks and black shorts with red stripes is also available. 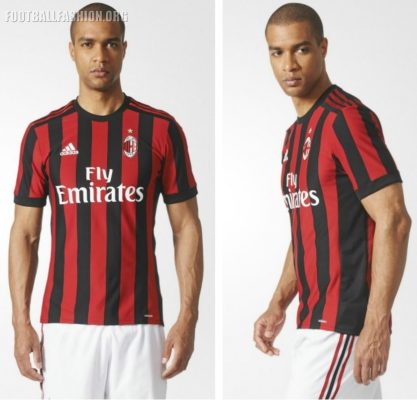