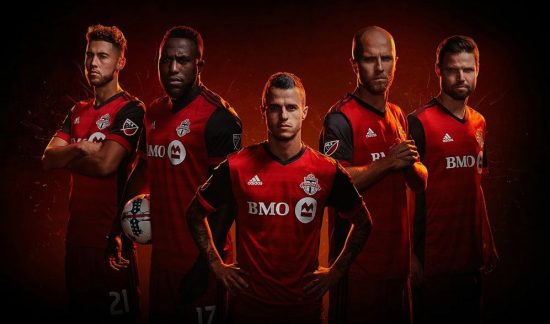 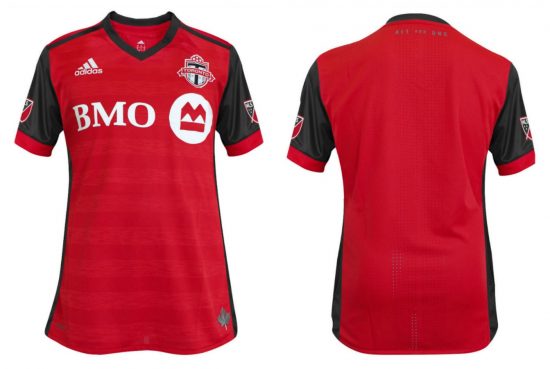 TFC’s new primary shirt has been updated with a more casual look that can be worn everyday by fans, allowing them to show their club pride in and around the city. 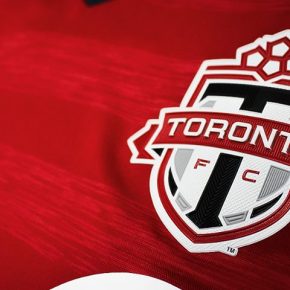 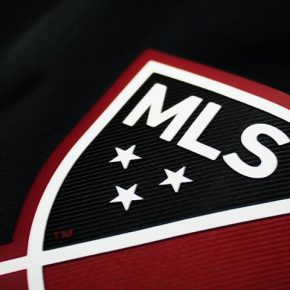 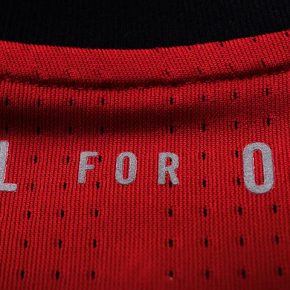 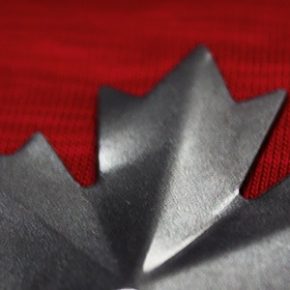 As an homage to Toronto being a multi-cultural hub with an “All for One””mentality, the jersey showcases the team slogan on the back neck and as a reflection of national pride, a metallic silver Canadian flag is featured on the jock tag. 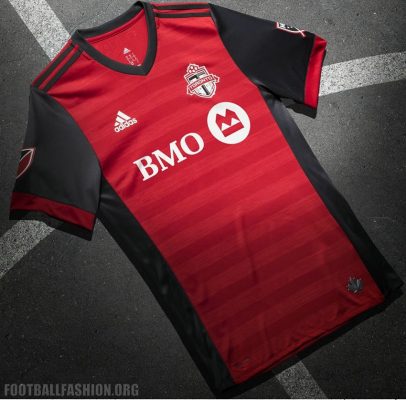 The authenric (or player issue) version of the jersey also features the best of adidas technology with an engineered adizero back panel for player comfort and temperature regulation. 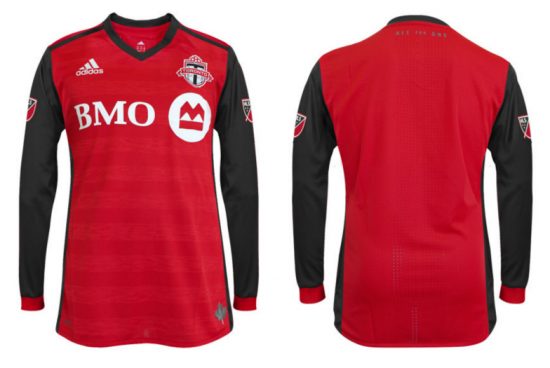 See our Kits and Jerseys section for more of the latest soccer jersey releases.