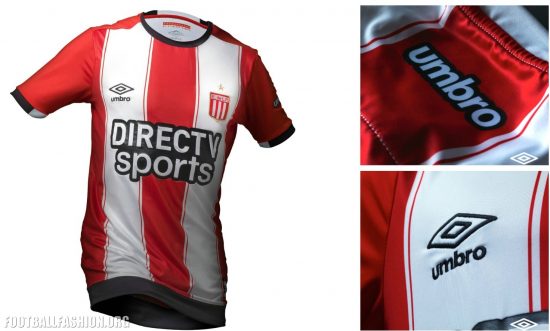 Among Argentina’s best-supported clubs, Estudiantes de La Plata will wear their traditional red and white stripes on their 2017 home jersey. The stripes are greater in width than they have been in recent years with only one red stripe and two white stripes on the front of the shirt.

The kit’s sides and sleeves are red while the black that is usually part of Estudiantes’ primary uniforms appears on the crewneck collar, sleeve cuffs and waistline. The design of the jersey is a bespoke creation from Umbro.

Additional detailing includes the geographical coordinates of the Estadio Ciudad de La Plata on the inside neckline and a customized jocktag reading “UNO” (One) with a star above it.