Umbro Japan has followed the release of the FC Tokyo 2017 home with with that of the popular J1 League team’s new away kit. 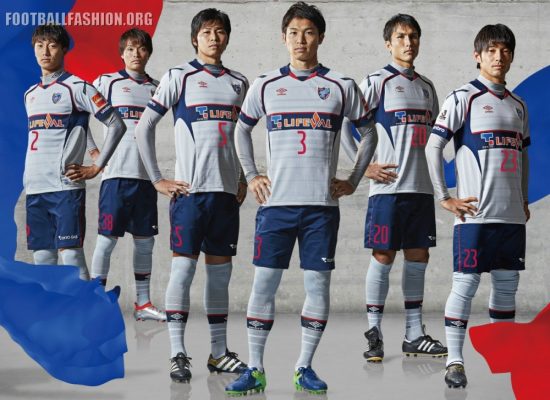 The FC Tokyo 2017 away jersey uses a bespoke design from Umbro’s Japanese affiliate in the alternate white favored by the club in recent years. It has a fair dose of dark blue accenting along with red trim on its collar, sleeve and front and back shoulder areas.

A series of tonal stripes that increase in width towards the middle of the kit run along its front and back. Umbro’s branding appears on the sleeve cuffs and right breast. The shirt is matched with navy blue shorts and white socks with dark blue and red details.