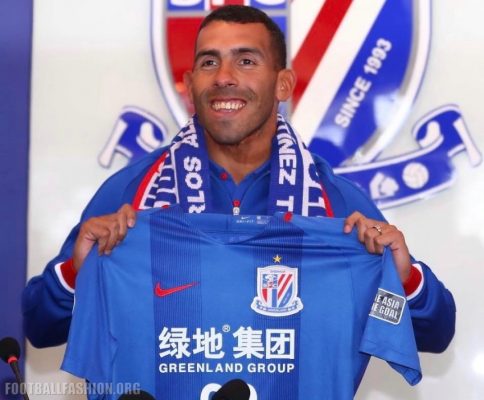 The new jersey will be worn by Tevez and fellow well-known Shanghain Shenhua players such as Fredy Guarín, Obafemi Martins and Giovanni Moreno during theclub’s 2017 Chinese Super League and AFC Champions League seasons.

In the traditional blue of the team, the Shanghain Shenhua 2017 home kit uses Nike’s omnipresent Vapor with AeroSwift v-neck shirt template. It has two tonal stripe on its front made up of pinstripes. The jersey is detailed in the red of the club’s badge via side stripes and trim towards the back of its collar. “SHANGHAI” is printed in red on the outside back of the collar. 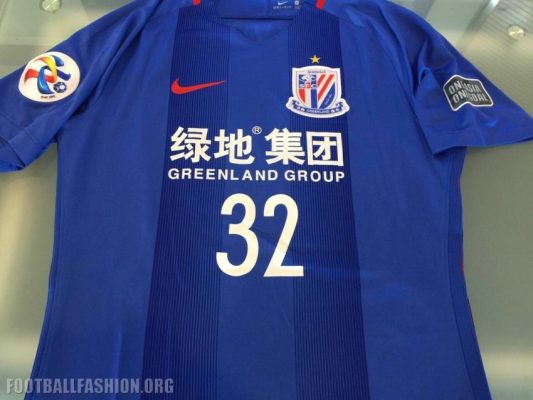 Shanghai Shenhua FC return to action against a to be determined opponent in the Third Qualifying Round of the 2017 AFC Champions League on February 7th.