FC Tokyo are the first Japanese J1 League side to reveal a 2017 kit following the reveal of their new home shirt from Umbro on Friday. 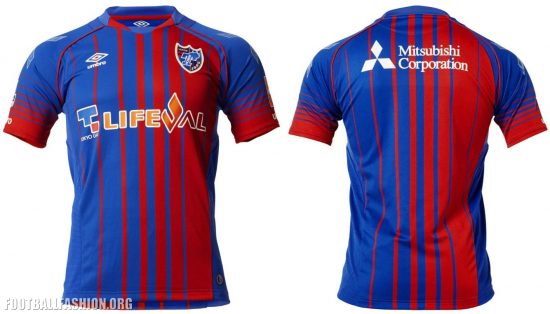 The FC Tokyo 2017 home jersey uses a bespoke design from Umbro Japan that features the local chapter of the football specialists Ex-Energy fabric technology. This is indicated by the x-shaped logo for the fabric on its sleeves.

The kit has the red and blue stripes that are an integral part of FC Tokyo’s primary shirts. They are spaced unevenly to create a sense of movement in support of the FC Tokyo concept of “Breakthrough to Further Heights”. A similar effect is also used on the sleeves of the jersey. The accompanying short and socks are mainly blue.

Fourth placed finishers in the J1 League last season, FC Tokyo are currently in ninth place of the second stage of this year’s competition. They have also made it to the Round of 16 of the 2016 Emperor’s Cup. 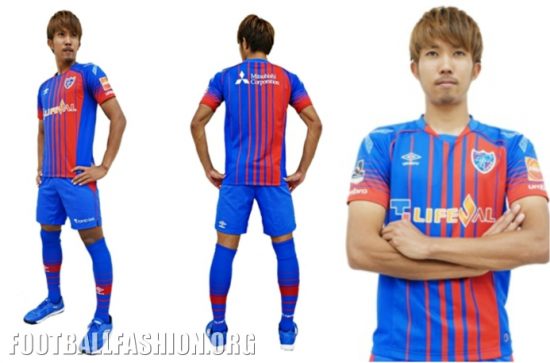