The multisports organization best known for its soccer team that has won seventeen Argentina Primera División titles along with the 1967 Copa Libertadores and Copa Intercontinental unveiled its Kappa kits on Wednesday evening. The highlight of the presentation was the football club’s 2017 limited edition home and away kits.

In Racing Club’s traditional home sky blue and white stripes and an alternate black, the 2017 jerseys will be used for the first part of the year. They use a new Kappa design featuring a v-neck with a standing collar towards its back. 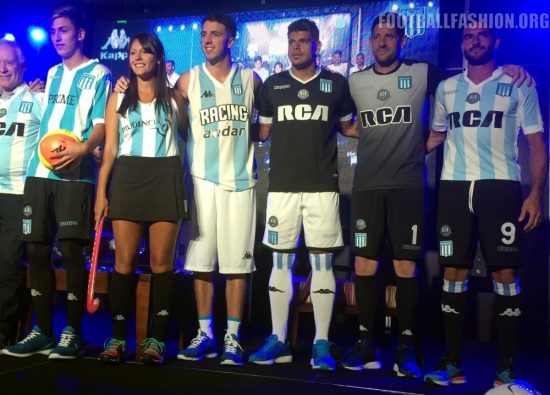 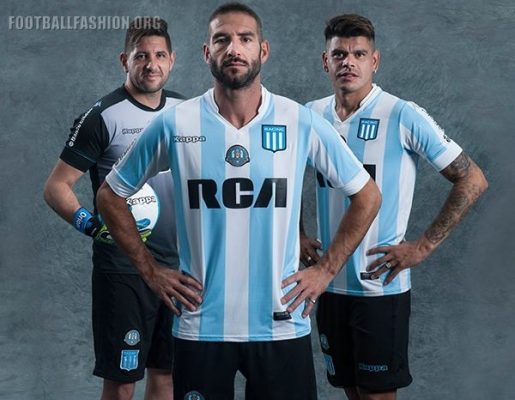