Among South America’s most successful an well-supported teams, Club Atlético Boca Juniors have launched their 2017 third kit from Nike Argentina. It will be available at Kitbag, World Soccer Shop, UK Soccer Shop and Subside Sports along with the club’s current home and away jerseys. 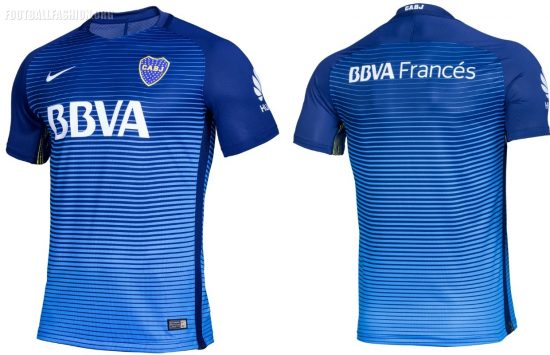 The Boca Juniors 2017 Nike third kit uses the now familiar Vapor with AeroSwift design that the American sportswear giant is using for all of their 2016/17 federation and major club shirts.

The kit features a series of blue contrasting horizontal lines against a light blue base. The width of the blue pinstripes fade towards the hem of the jersey to create a gradient effect. The sleeves of the new Boca shirt are blue. 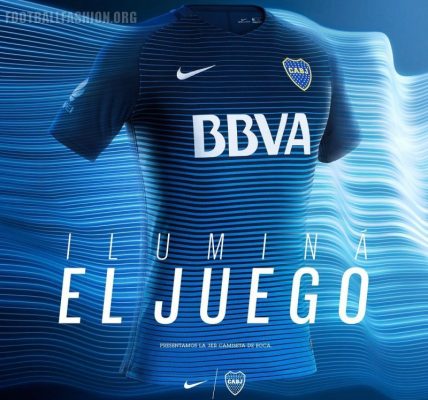 The Boca Juniors 2017 Nike third kit has a modern v-neck collar that incorporates a dark blue band towards its back. The Boca’s full initials of “CABJ” are printed in white on the outside rear collar. The the sides of the kit have an expanding stripe that is in the familiar blue and yellow of the thirty-one time Primera División and three-time world champions. 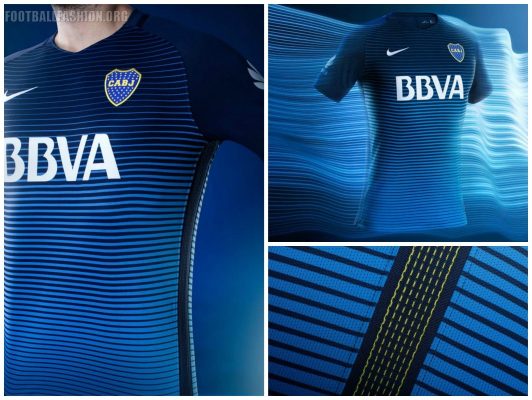