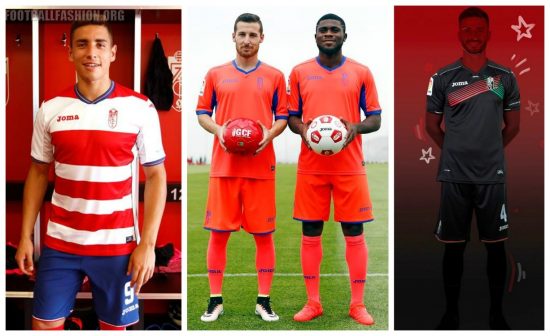 The Andalusian side will wear their mainly black 2016/17 Joma away kit for their clash with manager Diego Simeone’s talented team. It was released along with Granada’s home and third jerseys in the lead up to the ongoing La Liga season.

The Granada 2016/17 home, away and third kit all use different contemporary designs from Spain’s Joma. They are now all available at the Kitbag La Liga Store.