The Bulgarian Football Union announced the extension of their kit deal with Joma until 2020 earlier this week. The announcement was followed by the reveal of the Bulgaria 2016/17 home, away and third kits. The home and away jerseys are now on sale at UK Soccer Shop and Subside Sports. 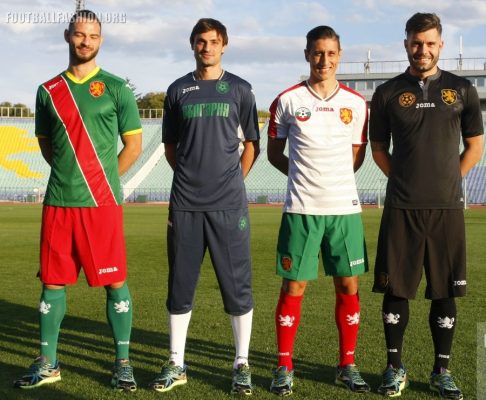 All three shirts uses bespoke designs from the Spanish sportswear firm. The Bulgaria 16/17 Joma home jersey is in the traditional white with red and green accents of the 1994 World Cup semi-finalists. It features a classic, overlapping ribbed collar. A series of short gray diagonal lines create subtle hoops on the jerseys front.

The Bulgarians depart from their usual red alternate kits for the 2016/17 international season in favor of a green away shirt with a red sash on its front. The v-neck and sleeve cuffs of the jersey are yellow.

The Bulgaria 16/17 third kit is black with a classy grandfather collar. A larger version of the dragon on the BFU crest is embossed beneath the federation badge.

The Bulgarian men’s senior national team with debut their 2016/17 Joma home kit when they kick off their 2018 FIFA World Cup qualification campaign at France on Friday. The away uniform should see action against Sweden on October 10. 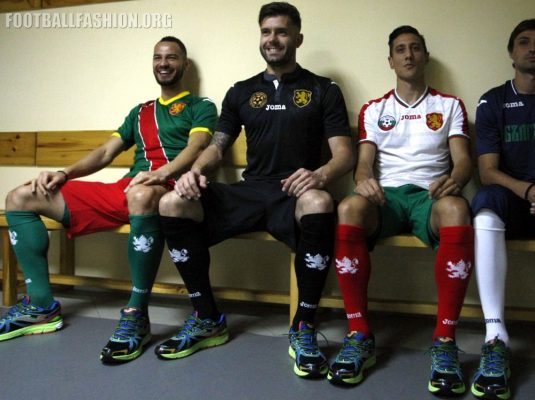 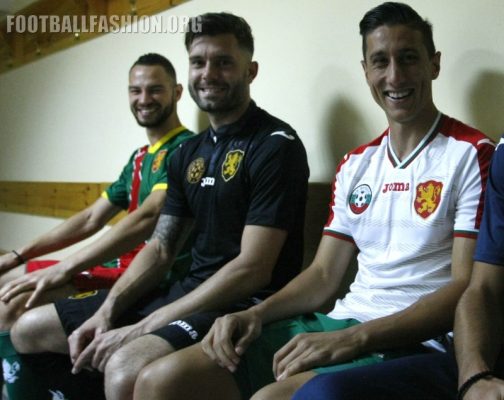