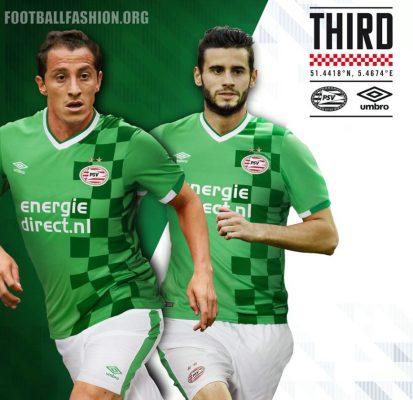 The green shirt matches the new Rood-witten (Red and whites) training shirts worn earlier in training on Wednesday. It will be worn my PSV during their away matches during their upcoming UEFA Champions League campaign and during select domestic matches.

The PSV Eindhoven 16/17 Umbro away jersey is inspired by the six green away kits worn by the club during the 1970s and 1980s. During this period they won seven of their twenty three Eredivisie titles along with the one European Cup and one UEFA Cup. 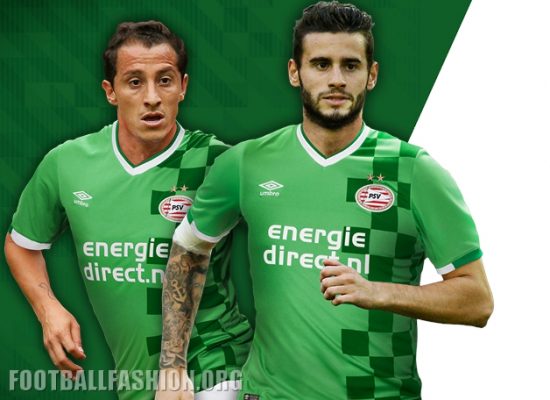 The shirt has a classic retro v-neck with a checkered pattern based on the flag of the provide of North Brabant on its left side. Its back is all green for player name and number visibility.

The PSV Eindhoven 2016/17 Umbro third kit will be available at World Soccer Shop, Kitbag, Subside Sports and UK Soccer Shop along with the team’s new home and away jerseys.