Defending Dutch Eredivisie champions PSV Eindhoven have revealed their 2016/17 home and away kits from Umbro. They are the first in the club’s 102 year history to feature a shirt sponsor other than Phillips following the team signing a deal with Energie Direct to have their URL emblazoned across the front of PSV’s jerseys. 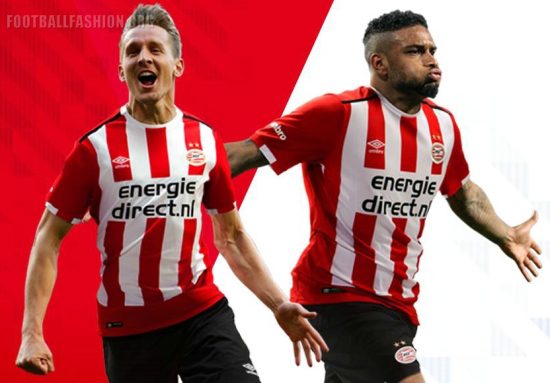 Both kits feature bespoke rounded neck designs from Umbro with the geographical coordinates of the team’s Phillips Stadium printed on their inside neck areas. The home shirt is highlighted by PSV’s traditional red and white stripes on its front. It has a heavy amount of red via its sleeves, back and a solid area just above the waistline. In a novel move, Umbro’s designers have applied PSV’s stripes to the jersey’s sleeve cuffs. The kit is matched with black shorts and mainly white socks.

The PSV Eindhoven 2016/17 Umbro away kits has a midnight blue base with a bright blue chest band bearing the Umbro logo and club crest. Its back is all dark blue. The lighter blue details its modern crewneck and sleeve cuffs. PSV’s new alternate uniform is completed by dark blue shorts and socks. It was worn for the first time during Saturday’s pre-season friendly win over VV Dongen.

The PSV 16/17 home and away kits will be available for purchase at World Soccer Shop, Kitbag, Subside Sports and UK Soccer Shop. 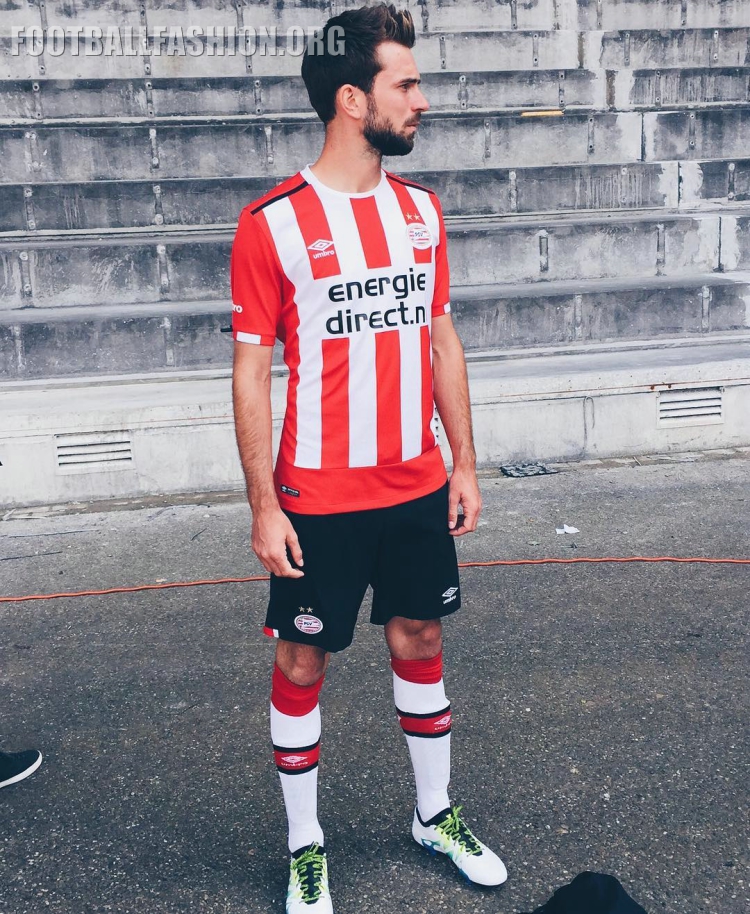