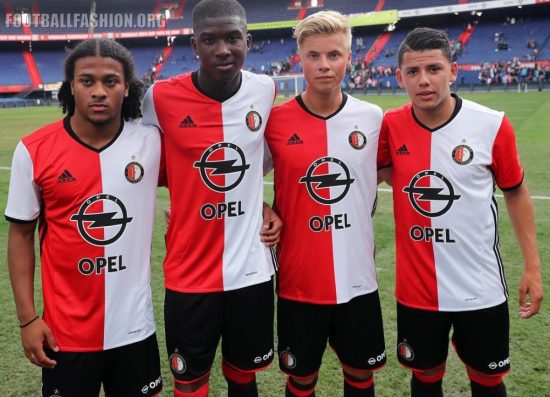 Available soon at soon at Kitbag, Subside Sports, World Soccer Shop and UK Soccer Shop along with the fourteen time Dutch Eredivisie champions’ new away jersey, the Feyenoord 16/17 primary jersey is in the club’s well-known red and white halves. It is detailed in black via adidas stripes on its flanks, its sleeve cuffs and its contemporary v-neck.

The Feyenoord Rotterdam 2016/17 adidas home uniform is completed with the team’s traditional black shorts and black socks. Both are accented in with Feyenoord’s red and white to complement the new shirt.

Third-placed finishers in the Eredivisie last season, Feyenoord open their 16/17 season at FC Groningen on August 7. 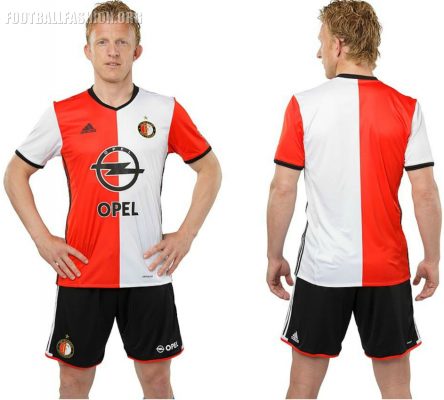 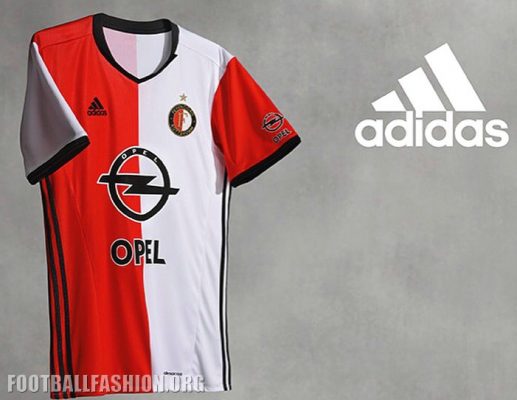