France’s Girondins de Bordeaux have completed their 2016/17 match range with the unveiling of their new away kit. 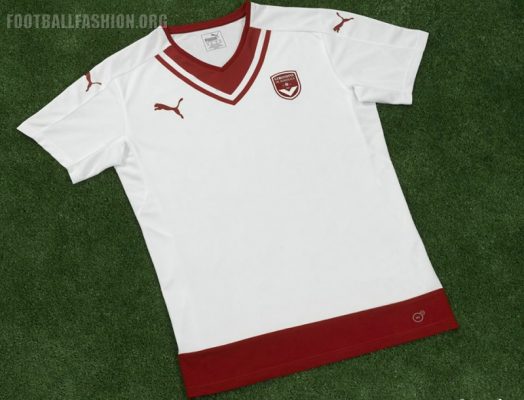 Inspired by annual Feria festivals (local events in Spain and southern France, known for bullfights, bull running in the streets and bodegas), Bordeaux says that the new alternate shirt celebrates the cultural diversity of the Gironde region. The kit uses a white and red design reminiscent of the traditional dress of the Feria celebrations. Such outfits are known for their red scarves and belts. Hence the red v-shape in the neck area and the prominent red waistline on the jersey. The Girondins de Bordeaux 16/17 away uniform is completed with white shorts and socks with red details. 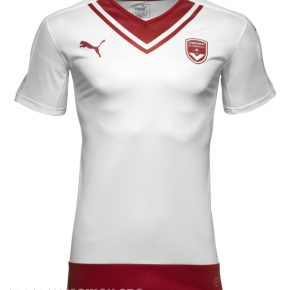 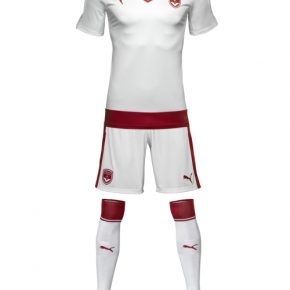 Girondins de Bordeaux have already released their 2016/17 PUMA home and third kits. All three of the six-time French Ligue 1 winners shirts are expected to be available at UK Soccer Shop, Kitbag, Subside Sports and Lovell Soccer.