One win away from securing a third place finish in the Dutch Eredivisie, Feyenoord Rotterdam have released their 2016/17 away kit from adidas. It is expected to be on sale soon at Kitbag, Subside Sports, World Soccer Shop and UK Soccer Shop. 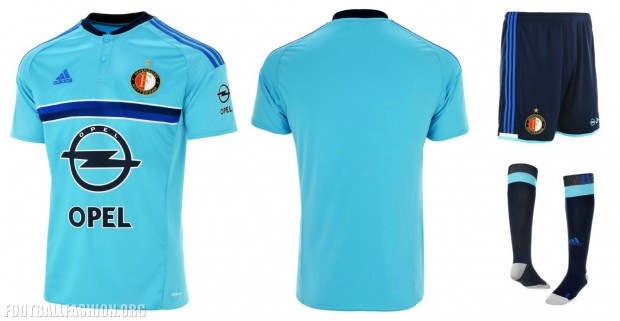 The Feyenoord 16/17 alternate jersey will make its debut when the team travels to Willem II for their penultimate match of the current season.

The new shirt is mainly light blue with a pair of darker blue stripes running across its mid-chest. The stripes are bordered in white. The adidas logo and shoulder striping on the kit are also in a darker shade of blue. Its collar is rounded and opens up to a two button placket for a classy look. 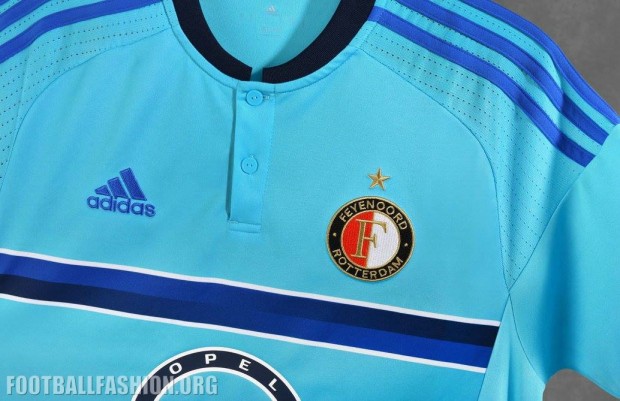 The Feyenoord 2016/17 adidas away kit is completed with either light blue or dark blue shorts and socks. 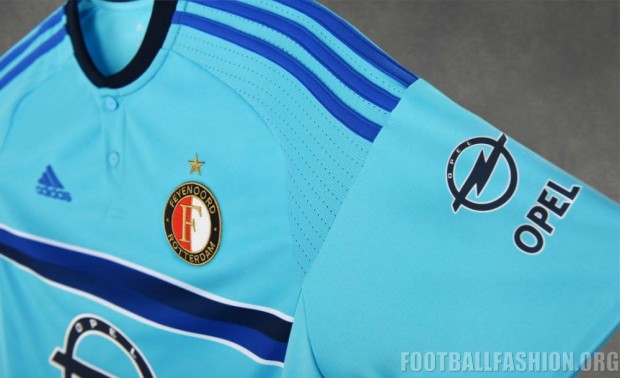 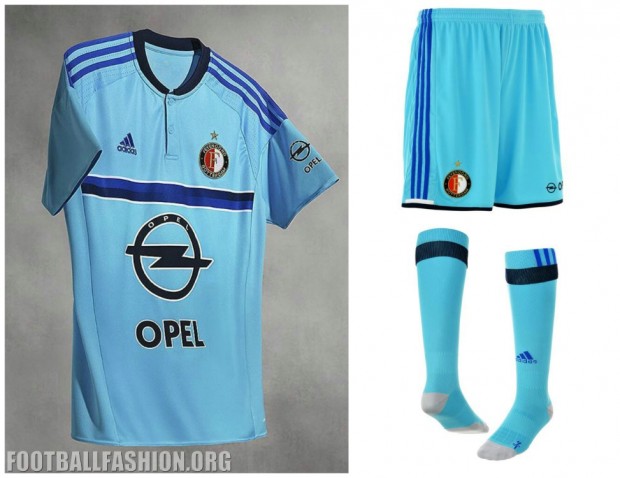