AZ Alkmaar revealed their 2016/17 Under Armour home kit during their first pre-season training session at AFAS Stadion on Sunday. 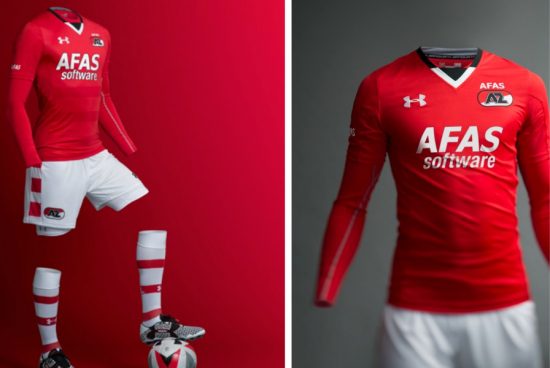 The 1981 and 2009 Dutch Eredivisie winners will return to league action in early August in their familiar primary red. Their 16/17 home shirt introduces a brand new design from Under Armour Nederland featuring tonal hoops along with a modern v-neck. 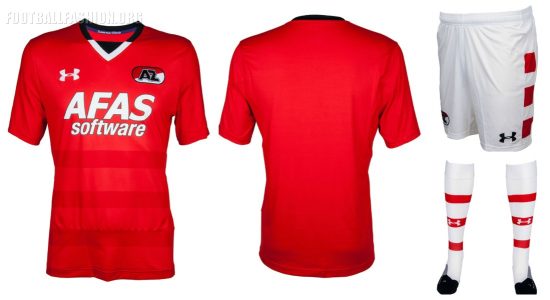 A black neck insert adds contrast to the white front part of the collar and matches with its back half. The text “Samen naar Victorie” (Together to Victory) is printed in white on the kit’s purple inside neck taping. 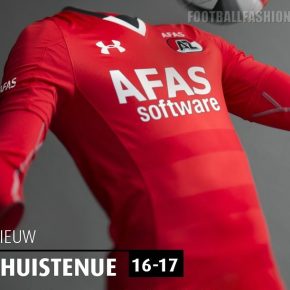 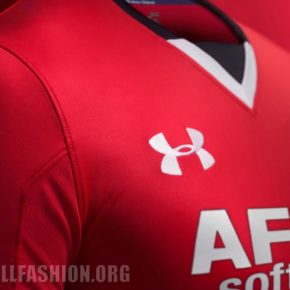 The AZ Alkmaar 2016/17 home jersey is matched with white shorts and socks. Both have red detailing on them to ensure that they complement the shirt.

AZ will debut their new home and away kits in friendlies against the likes of Hertha BSC and Fleetwood Town in July. 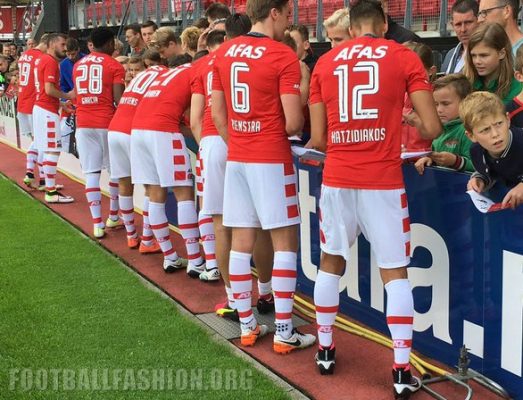