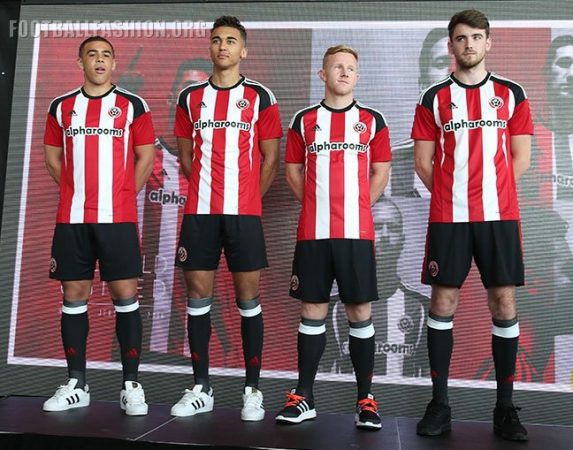 After replicating the look of their very first shirt as part of their 125th Anniversary celebrations last season, The Blades are back in their familiar red and white stripes for their next campaign. 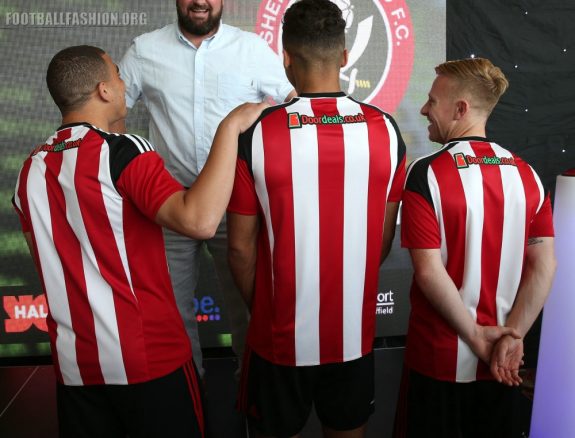 The Sheffield United 16/17 home jersey uses one of adidas’ latest designs featuring a modern crewneck and ventilation panels on its shoulder area. Both are in black on the new Sheffield kit to incorporate the third color on the club’s crest. White adidas stripes run along the shoulders.

Black shorts and socks complete the uniform that Sheffield United will wear as they seek a return to the Football League Championship after six seasons in League One. 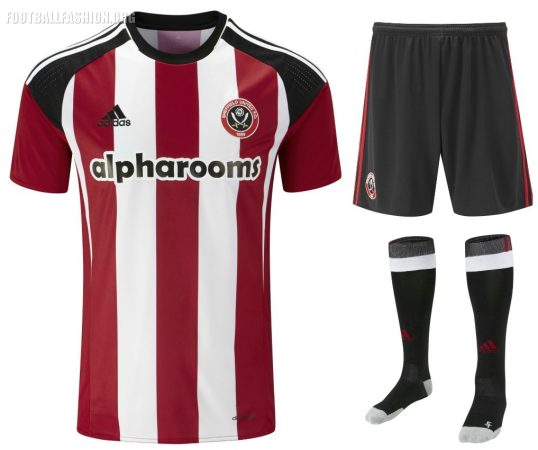 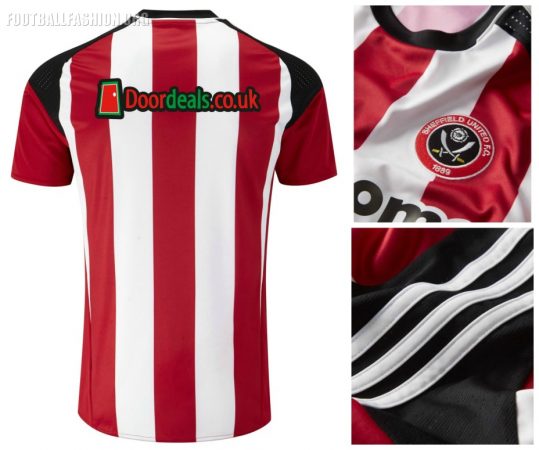