The Tampa Bay Rowdies have launched their 2016 Nike away kit ahead of this weekend’s North American Soccer League season opened against the Indy Eleven.

The latest Rowdies alternate shirt uses Nike’s new DQT Game Jersey 16 design that is based on the USA 2015 away kit. Like last year’s United States away shirt it features a lined gradient on its front with a white shoulder area. The gradient is in the green and yellow of the Tampa Bay Rowdies crest.

The crewneck jersey is matched with white shorts and socks. The Rowdies will wear their 2015/16 Nike home kit for a second year in a row for their upcoming NASL and US Open Cup campaigns. The club may release a light-colored third kit this spring to account for uniform clashes. 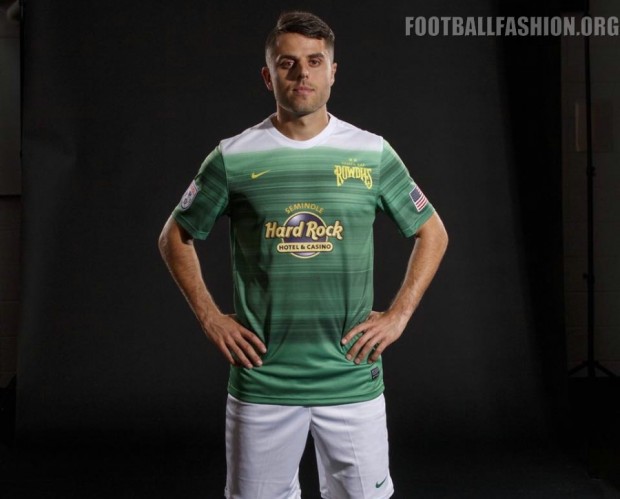 The current club of one-time MLS prodigy and USA international Freddy Adu, the Tampa Bay Rowdies won the NASL championship in 2012. They’ve failed to qualify for playoffs in the US’ second division of soccer since then.