Albirex Niigata Singapore FC have released their 2016 hummel home and away kits.

The satellite club of Japanese J1 League side Albirex Niigata, Albirex Niigata Singapore wore their all white home and orange away shirts in their pre-season preparations for the 2016 Singapore S. League and domestic cup seasons. The orange change kit was donned by the defending cup champions as kicked off league run with a 3-2 win over Brunei DPMM FC on Saturday. 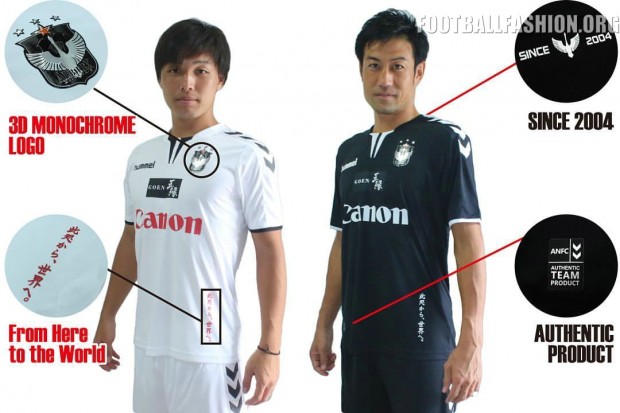 Both jerseys use a new design from hummel featuring a modern collar modern print at its front. The club badge on the jerseys is a raised monochrome print with three stars above it representing Albirex Niigata Singapore’s three cup titles.

“Since 2004” is printed on the signoff area of the shirts in a nod to the club’s founding while Japanese for “From Here to the World” appears on their lower front right.