New York City FC unveiled its 2016 adidas away jersey today (on sale soon at World Soccer Shop and Kitbag), giving fans the first glimpse of the striking new uniform. The design takes its inspiration from the vibrant, energy of New York City, using the flag of City as the basis for the core colors of blue and orange. 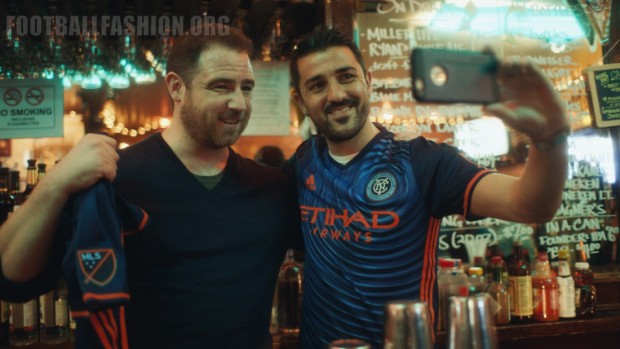 Club Captain David Villa, Andrea Pirlo and Kwadwo Poku took to the streets of the five boroughs to surprise fans who got to see the new look seocndary jersey before anyone else.

Omari McCleary, a youth worker born-and-raised in Brooklyn, has used soccer to empower underprivileged kids throughout the City. Mauro Servisi and Michele Costa, best friends who run an Italian food business in Soho, came to New York City for a vacation in 1990 and never left. Mick Mellamphy moved to New York City in 2000 from Ireland and now owns and operates a pub on the Upper East Side.

As diverse as the City itself, their shared passion for New York City FC made these fans perfect candidates for a Club documentary. But instead of being asked their views on their team, they received an unexpected visit from their favorite players who wanted to make sure their fans were at the center of the Club’s new secondary jersey launch, all which was caught on camera.

In addition to incorporating the blue and orange of New York City’s flag, the NYC FC’s 2016 away uniform has the Club crest at the epicenter of radiating graphic elements that celebrate the energy of New York City. This is reinforced by the striking metallic orange jock tag that features the NYC monogram. New York City FC’s principal partner, Etihad Airways, is showcased in orange in the middle of the jersey. 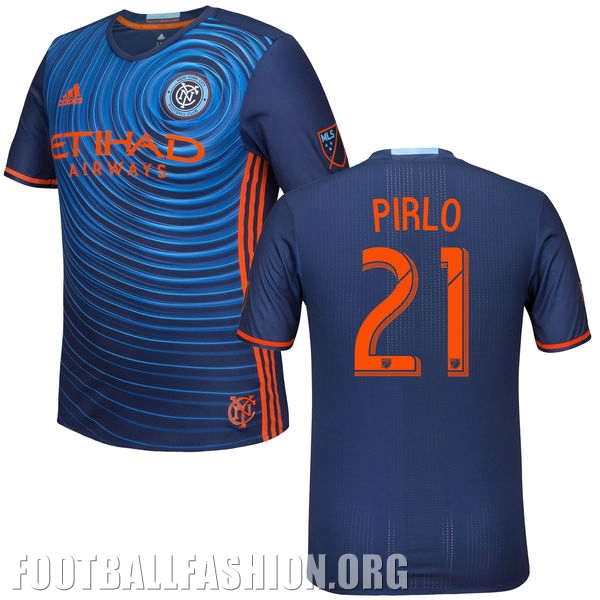 Fans had their say on elements of the jersey, voting to include “This City Never Sleeps” on the back neck tape, which sits alongside “This is Your City This is Your Club” that runs through the neck tape; a reminder of the bond between the Club and its supporters.

New York City FC will wear the new 2016 adidas secondary jersey for the first time in a pre-season game against the Montreal Impact on February 17, 2016. The Club will open the 2016 season on March 6 away against the Chicago Fire. 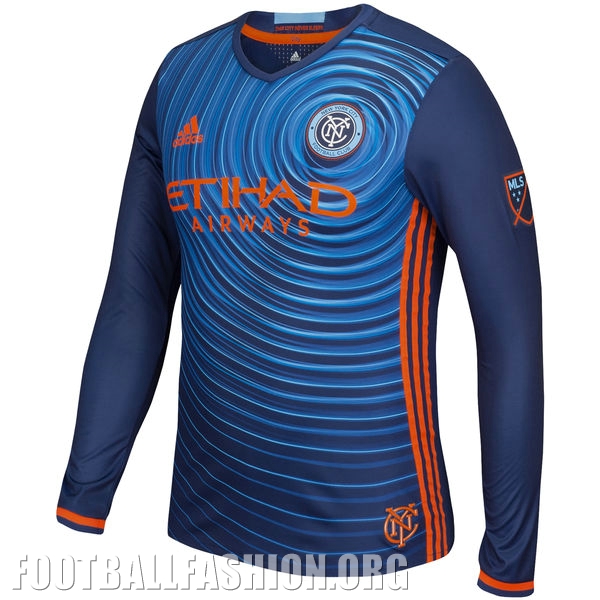 “I love this jersey. It is a unique design and our team is excited to wear it as we represent our Club and our fans on the road. It was a pleasure to be able to make sure our fans saw the jersey first. They make the Club what it is, so it is important for us to make them part of everything we do.” 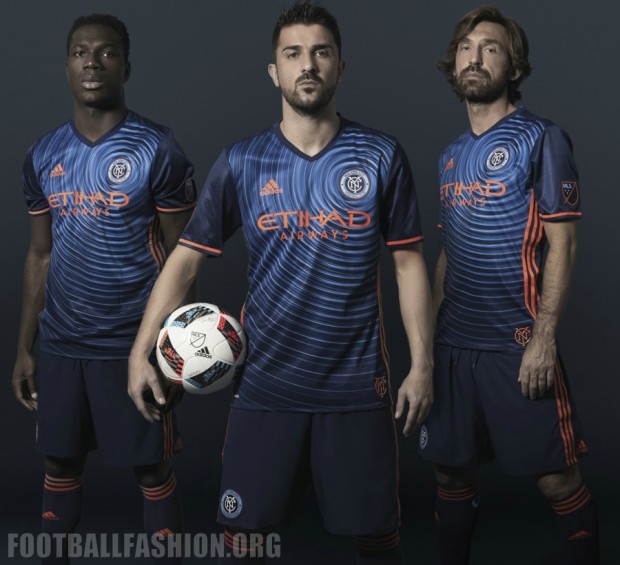 The authentic, fitted jersey features adiZero technology and is the lightest soccer jersey made. The gully engineered back panel helps players regulate their temperature during the game and perform at their best, while the replica ClimaCool jersey features a relaxed fit for fans.