Promoted back to the Japanese J1 League after a single season in J2, Omiya Ardija will be back in Under Armour kits for their 2016 season. 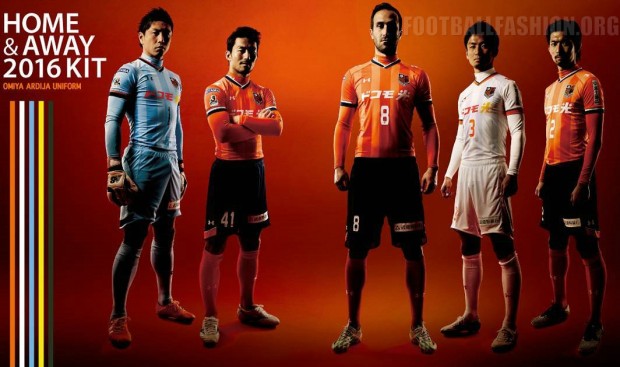 The only professional team donning UA gear in the Japan Professional Football League, Omiya Ardija recently officially presented their 2016 home and away uniforms at a press event at their NACK5 Stadium Ōmiya.

Last season’s J2 League champions 2016 Under Armour home jersey is in Omiya Ardija’s customary orange with black detail. It uses a classic football shirt v-neck design with a series of tonal stripes on its front. WhiteUnder Armour logos appear on its chest and shoulders. The kit’s sponsor and player names and numbers are also in white. 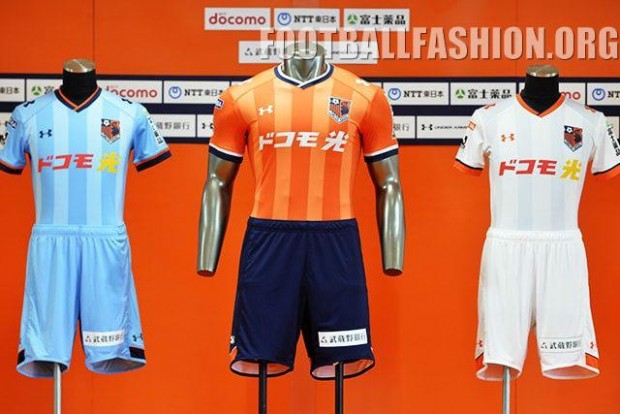 The Omiya Ardija 2016 Under Armour away shirt has a white based with orange and black on its collar and sleeve cuffs. It uses the same UA design as the club’s home kit. White socks and shorts complete Omiya’s alternate look for the upcoming season.