Vancouver Whitecaps FC launched their 2016 away kit from Major League Soccer official outfitter adidas on Monday. Called the “Sea to Sky” jersey, the shirt uses several shades of blue inspired by the the landscapes and seacoast of the Vancouver area. It will be available at World Soccer Shop and Kitbag. 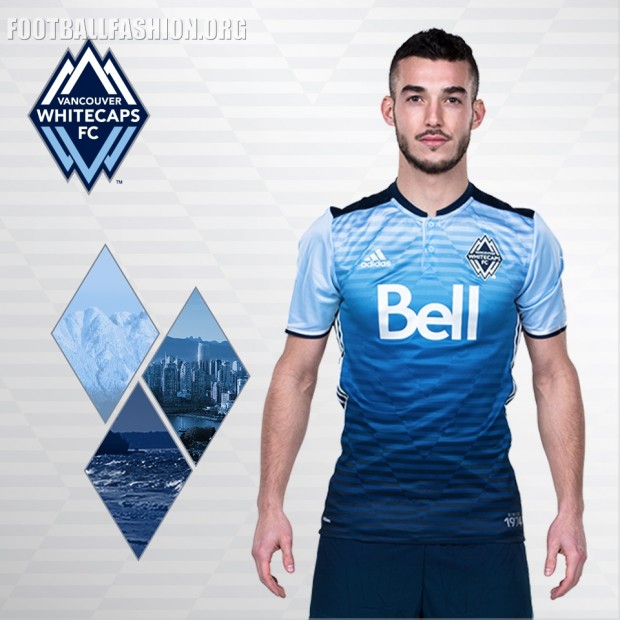 According to the Whitecaps: The Sea to Sky jersey translates geography into gradient. Beginning with the dark Pacific water, deep-sea blue ripples up the kit, creating a brilliant blend of new blues before eventually transforming into sky blue, replicating the city’s Sea to Sky horizon. Rooted within the jersey are several WFC peaks that sit behind the pattern, similar to the white-capped mountains that sit silently in Vancouver’s skyline. Our 2016 kit is inspired by all of the above, creating a jersey that can be described just like our city: one of a kind. 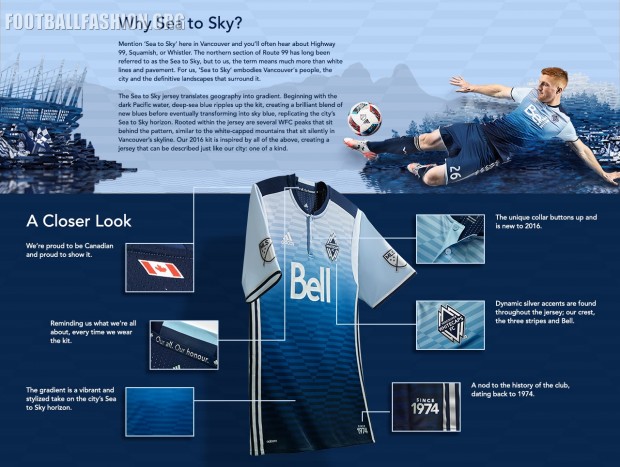 Other features of the Vancouver Whitecaps 2016 adidas away jersey are a Canadian flag embroidered on its signoff area, the text “Our all. Our honour.” on its neck taping and “Since 1974” printed on its lower left front. 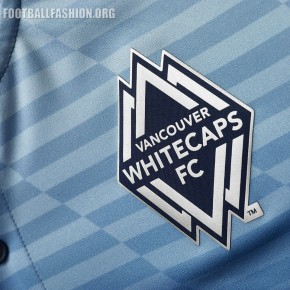