The San Jose Earthquakes unveiled their 2016 adidas away kit at Avaya Stadium on Wednesday evening. The white and red jersey will be available at World Soccer Shop, Kitbag and UK Soccer Shop along with the team’s 2015/16 home shirt. 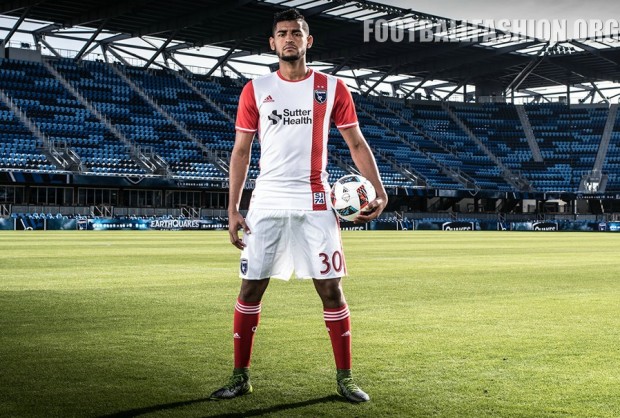 The Earthquakes say that the white and red color scheme of their new secondary jersey pays homage to their rich history dating back to their origins as a North American Soccer League club in 1974. At the same time it looks towards their future. 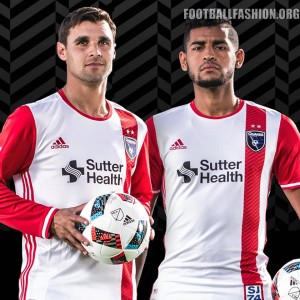 The San Jose Earthquakes 2016 adidas away jersey contains what the club calls several of its brand pillars. These include the text ‘Unity, Devotion, Heritage’ incorporated onto its inner neck tape with the San Jose Clash (the team’s name from 1996 to 1999 MLS seasons) logo directly above. The Clash logo recognizes the 20th anniversary of the Quakes status as a Major League Soccer’s inaugural club. 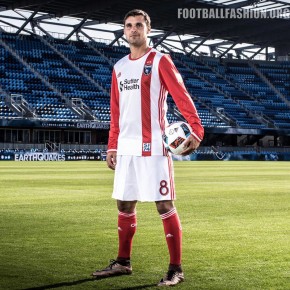 The  red stripe that runs vertically along the left of the kit is inspired by the red uniforms worn by the Earthquakes in their NASL era. The stripe and the text ‘SJ74’ written towards its bottom are a tribute to the team’s founding as an NASL team 1974.