Defending Major League Soccer Champions Portland Timbers unveiled their new look away jersey for their 2016 season on Thursday. It will be available at World Soccer Shop and Kitbag in the lead up to the 2016 MLS season. 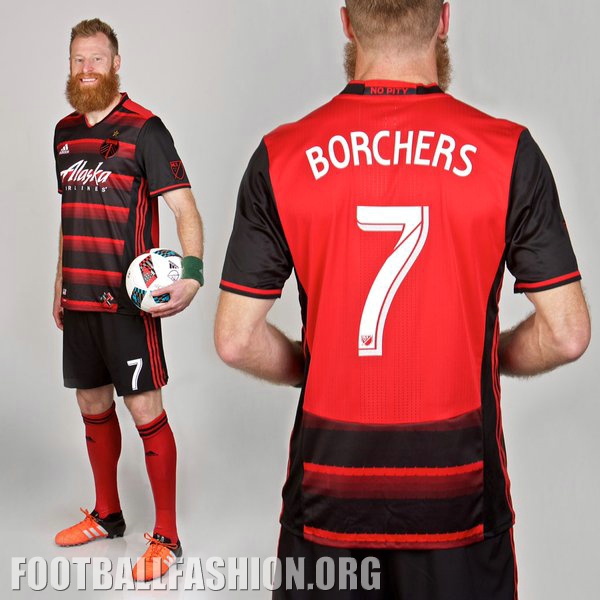 For the first time in their MLS history the Timbers will wear a hooped secondary shirt. The kit features a series of red and black horizontal stripes on its front. The edges of the stripes have notches that give the look of cut wood. This is inspired by the team’s name and probably by the logs that are cut with a chainsaw every time the Oregon team scores a goal at their usually sold out Providence Park. The wood feel is also see by the lines in different shades of red that make up the red hoops on the kit. 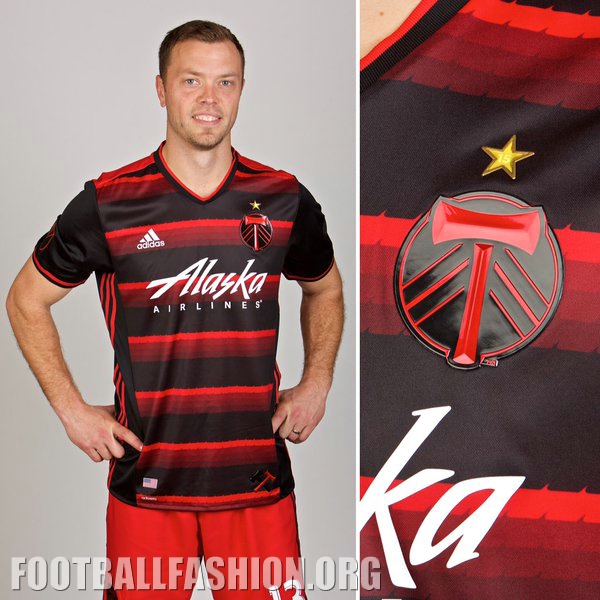 The Portland Timbers 2016 adidas away jersey has black sleeves and flanks. The player name and number area of the shirt are is a solid block of red beneath which is the same hoop design as the front of the shirt. The motto of the Timbers Army supporters group, “NO PITY”, appears on the rear outside collar of the new alternate kit.