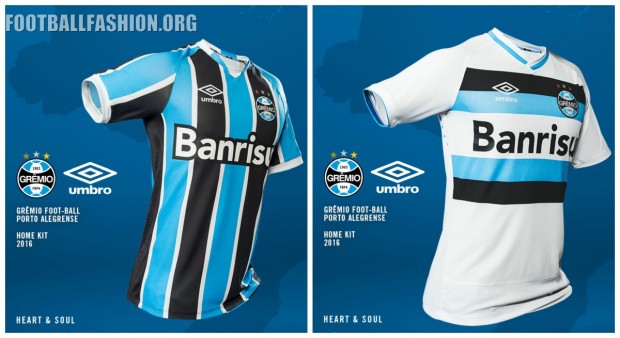 The new shirts are the first of an expected five jerseys from Grêmio  in 2016 given the Brazilan club’s record of releasing Copa Libertadores, fourth and retro kits in recent years.

The Grêmio 2016 home jersey is in the customary light blue and black stripes. It features a bespoke design for the team from Umbro Brasil that has a modern v-neck collar in white with light blue flashes. A white insert compete the collar for a look slightly reminiscent of Everton FC’s 15/16 Umbro home jersey.

Grêmio’s 2016 Umbro away shirt has a white base with a classic overlapping v-neck. A series of bands in Grêmio’s black and light blue run along the front of the jersey. Light blue detailing accents the collar and sleeve cuffs. 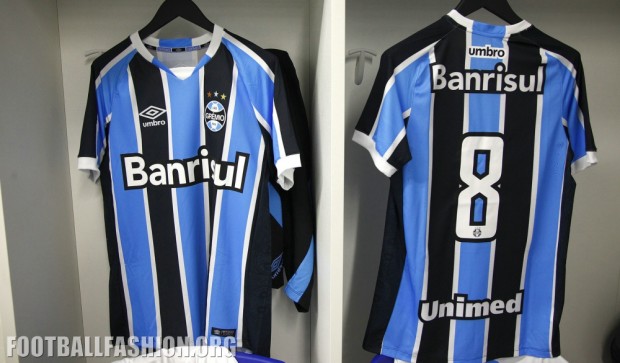 Both kits feature neck taping containing the text “Grêmio” and Umbro’s iconic diamond logos. Three stars are printed above the Grêmio crest in recognition of the club’s titles. 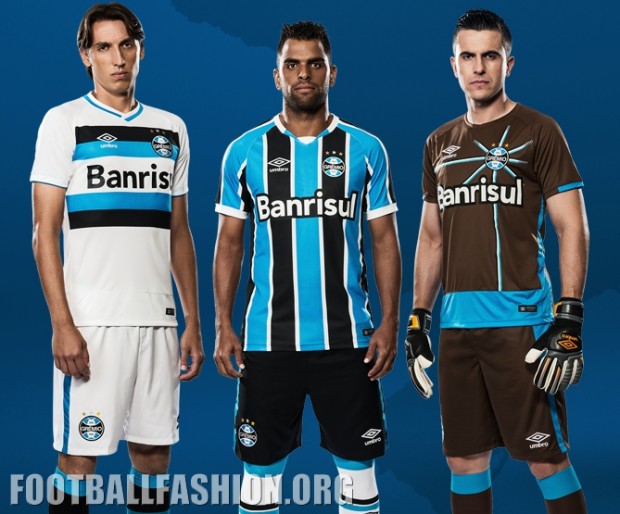