CONCACAF team of the 20th Century Deportivo Saprissa debuted their 80th Anniversary kit during Wednesday night’s 2-0 win over Carmelita. Provided by Kappa, the jersey will be the Costa Rican club’s 2016 third shirt.

The dark blue uniform is based on the very first kit worn by the fledgling club in 1935 following Rogelio Saprissa having them shipped in from Spain. Saprissa’s traditional purple is incorporated into the jersey on its collar and sleeve cuffs.

The text “80 ANIVERSARIO” (80th Anniversary) is printed on the latest Saprissa kit’s outside rear collar. “EQUIPO DEL SIGLO” (Team of the Century) appears on the inside neckline. 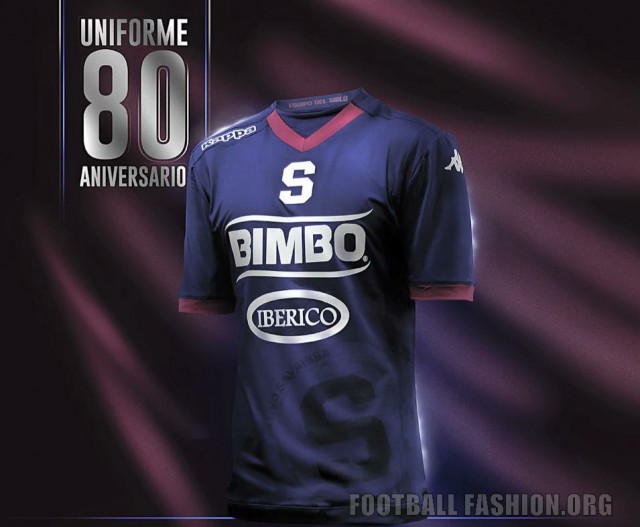 Another notable feature of the shirt is a tonal print of El Monstruo’s (The Monster’s) crest. a large latter S, on the lower front left side.

The Deportivo Saprissa 2015 home and away kits were unveiled in January. The 2016 strips are expected to be revealed around the same time next year.