Sweden qualified for UEFA EURO 2016 with a 4-3 aggregate win over Denmark on Tuesday. The away kit that will be worn my star striker Zlatan Ibrahimović and the rest of Blågult
(The Blue-Yellow) in France next year was unveiled by adidas in the lead up to the match. 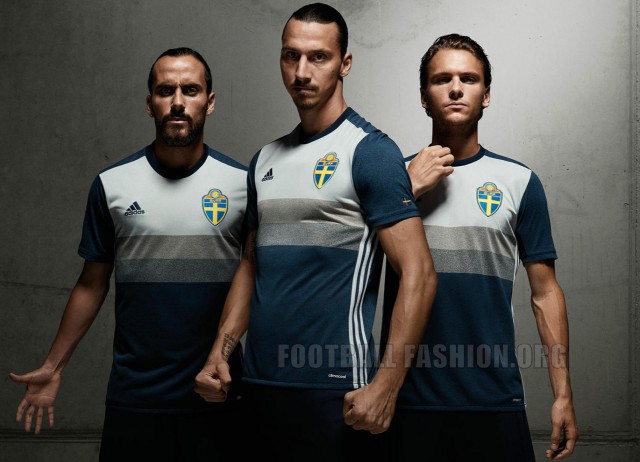 The Sweden EURO 2016 adidas way jersey sees the one-time World Cup finalists in a novel crewneck shirt with a denim look navy blue base. The top front half of the kit features three shades of gray with that have been given a stone feel.

The Svenska Fotbollförbundet (SvFF) crest is embroidered on the left breast while the Sweden national flag appears on the left sleeve. The middle inside and outside rear collar area of the new Swedish alternate jersey is in the Scandinavian country’s blue and yellow. “SVERIGE” (Sweden) is printed on the outside back collar.

The Sweden EURO 2016 away uniform is completed by dark blue short and socks. It will be on sale at World Soccer Shop, Subside Sports, Kitbag, Lovell Soccer and UK Soccer Shop along with the team’s new home kit. 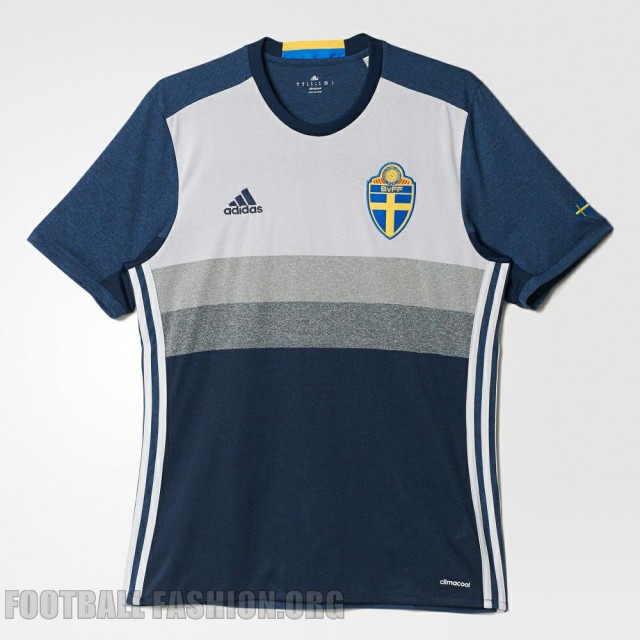 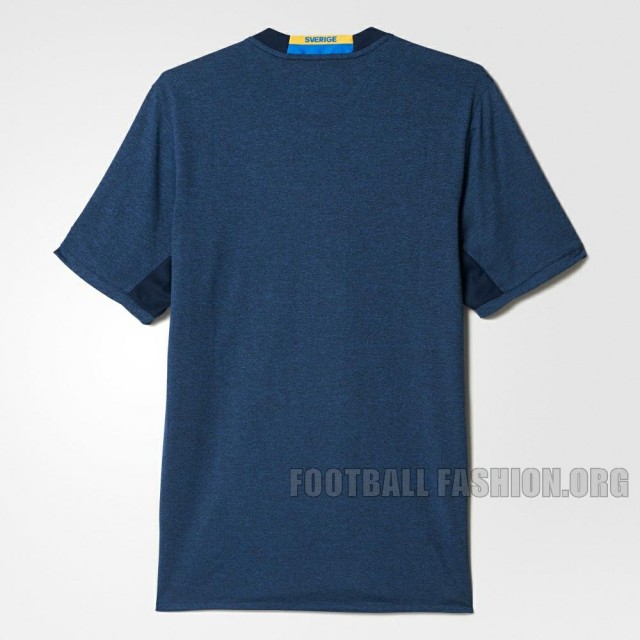