The Russian national men’s football team will debut their EURO 2016 away kit on Saturday when they meet Portugal in friendly action at Kuban Stadium in Krasnodar. It was released along with the 2018 World Cup hosts new home uniform earlier this week. Both will be on sale at World Soccer Shop, Subside Sports, Kitbag, UK Soccer Shop and Lovell Soccer. 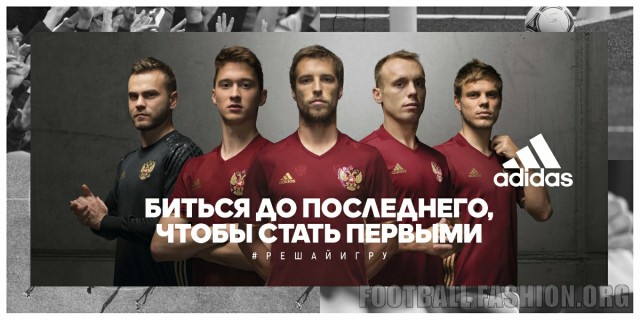 According to adidas: The new home kit pays tribute to Russian traditions and history. The kit is designed in collegiate burgundy color. The jersey features a V-neck collar with traditional three stripes down the shoulder and on the sides. 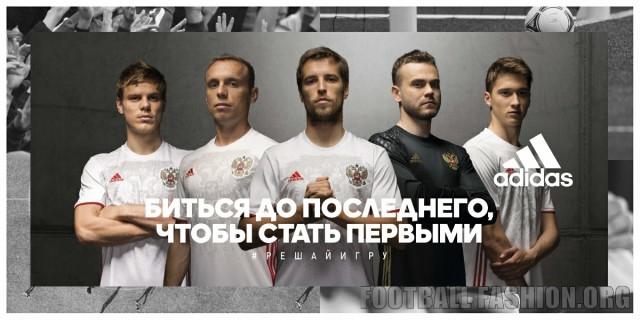 On the left of the jersey there is a Russian crest while the right side features adidas logo made in contrasting golden tone that sends back to Russia’s rich architectural legacy. The jersey also includes an eagle-shaped ornament.

The image of an eagle plays a significant role in the design of the kit. It is not only a symbol of Russia’s cultural and historical continuity. The eagle represents such crucial for all the Russians values as courage, togetherness and liberty.

The mainly white Russia EURO 2016 away kit is in the colors of the country’s national flag. It features a rounded collar complemented by bright red stripes on its sides and sleeve cuffs. It is highlighted by a large light gray print of the Russian coat of arms on its front. As is the case with the new home kit, the Russian Football Union crest is replaced with the coat of arms on the left breast. The Russia 2016 adidas change uniform is completed by blue shirts and red socks. 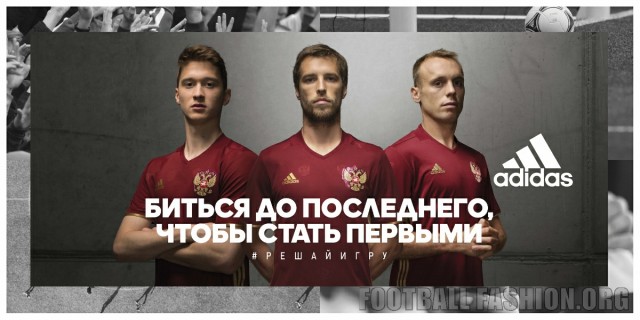