The striking shirt introduces a new jersey design from template that features two tones of green on its front. A series of diagonal lines of varying lengths blends the lighter green section into the darker green block of the kit. 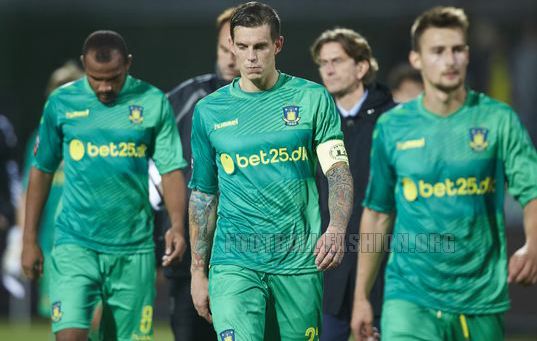 The hummel logo, sponsor logos and the player name and numbering print on the jersey are all in Brondby’s primary color of yellow. hummel’s well-known chevrons run along the shoulders and inside neckline of the 15/16 away shirt.

The stadium-inspired Brondy IF 2015/16 home shirt was released in February.