It will be available at the World Soccer Shop, Subside Sports, UK Soccer Shop and Kitbag Barca stores along with the Blaugrana’s now familiar 15/16 home and away jerseys. 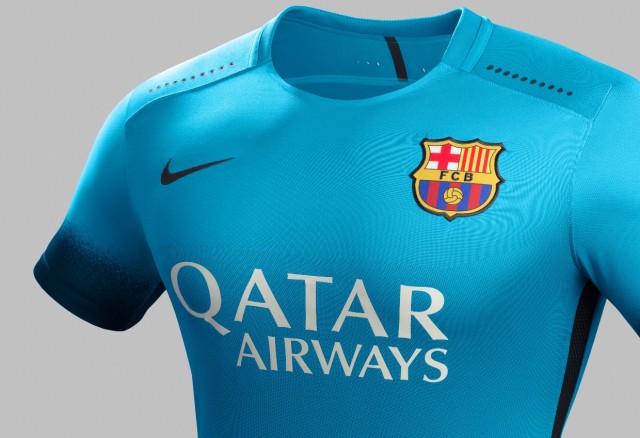 According to a release from Nike: FC Barcelona proudly unveils its latest uniform design, which evolves the club’s famous blau, instantly identifiable in the traditional home colors, into an electric shade of the blue. This addition to its kit line-up is befitting of a club steeped in rich heritage yet renowned for forward-thinking and innovative football. 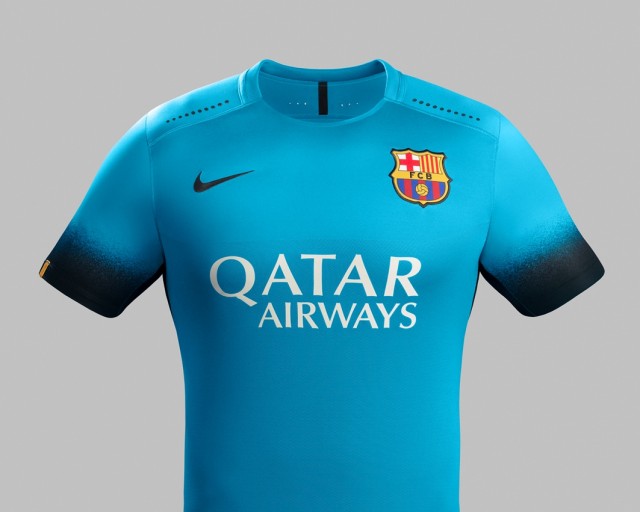 A black ombré graphic accentuates the striking blue, blending from the cuffs of the short and shirt. During night games, this effect serves to accentuate the players’ physical presence underneath the floodlights. Black socks with dark grey chevrons on the calf further this powerful framing of the body, with socks in the kit’s bold blue also available in cases of color clashes. 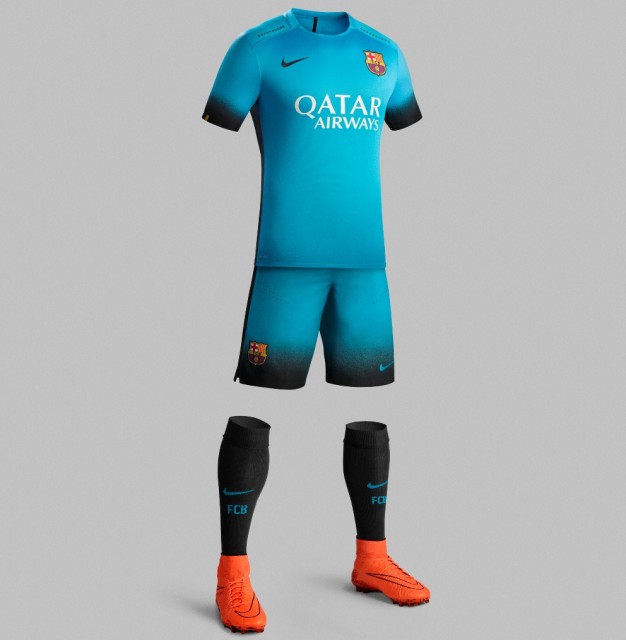 Fine detailing on the shirt honors the culture of the club. Inside the lightweight crafted collar is FC Barcelona’s renowned motto “Més Que Un Club” (“More Than A Club”) – also imprinted in large letters on the seats at the Camp Nou. The Senyera, the Catalan flag, sits on the right sleeve and signals FC Barcelona’s pride in and deep connection to the region.

Names and numbers are in a unique typeface for FC Barcelona, informed by the sentinel chimneys of Antoni Gaudí’s modernist masterpiece La Pedrera – an architectural icon synonymous with Barcelona.

The 2015/16 FC Barcelona Night Rising kit will debut on-pitch against AS Roma on September 16.

This kit represents visually powerful football apparel designed with style, the culture of the club and performance in mind.