Superleague Greece powerhouse and forty two time national champions Olympiacos FC have completed their kit collection for their upcoming domestic and UEFA Champions League seasons with the launch of their 2015/16 adidas away and third kits. They will be on sale at UK Soccer Shop along with the team’s previously released 15/16 home jersey. 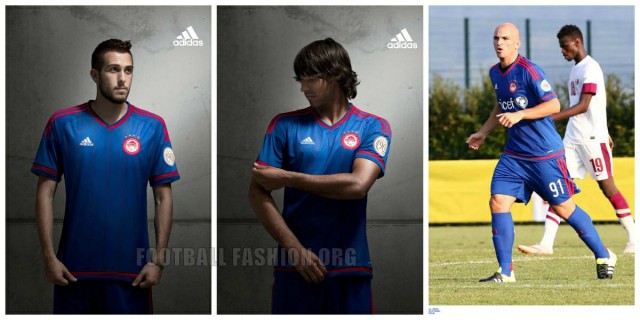 The Olympiacos FC (also often called Olympiacos Piraeus) 2015/16 away kit uses a blue base with thin red stripes throughout. The color scheme is meant to represent the connection between the club and the great harbor of Piraeus. Red details also appear via mesh accenting on the shirt’s collar, sleeve cuffs and waistline. The kit has seen quite a bit of action during Olympiacos’ pre-season.

The Olympiacos FC 2015/16 away jersey is a mainly red affair with collar, sleeve, inside neck and upper back details in the team’s famous red and white. It uses adidas’ now ubiquitous Condivo 14 shirt template. 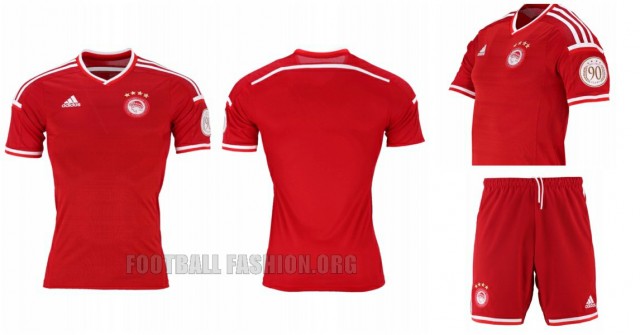 As is the case with their new home kit, the Olympiacos 2015/16 away and third kits contain a left sleeve patch celebrating the club’s 90th Anniverary. It contains the number “90” and the text “1925 – 2015 90 YEARS” surrounded by a laurel crown. 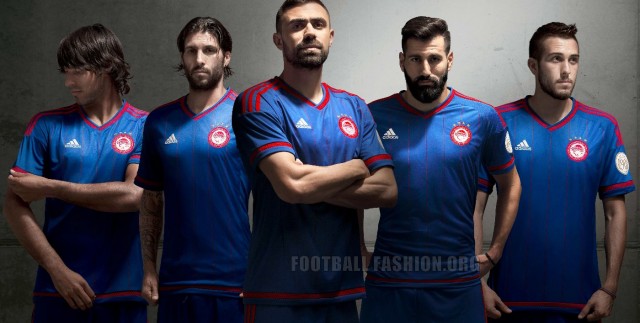