Superleague Greece champions for the last five seasons Olympiacos FC will be back in adidas kits for the 2015/16 season after twenty years in PUMA and Umbro uniforms.

The first kit in what will be the Olympiacos 90th Annivesary match range was unveiled on Wednesday in the form of the club’s 15/16 home kit. 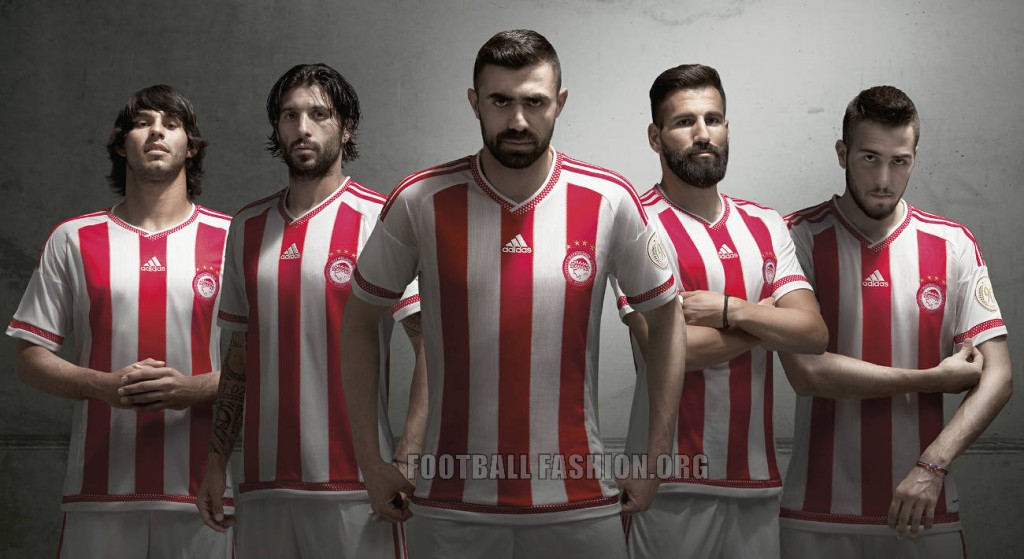 The Olympiacos 2015/16 home kit retains the classic elements of the team’s primary shirts such as red stripes on its front and back of the jersey and white. Next season’s edition uses three red stripes on its front and back with a large area of white forming its side, sleeve and shoulder areas. It uses one of adidas’ latest v-neck templates with red mesh on the collar, sleeve cuffs and waistline. 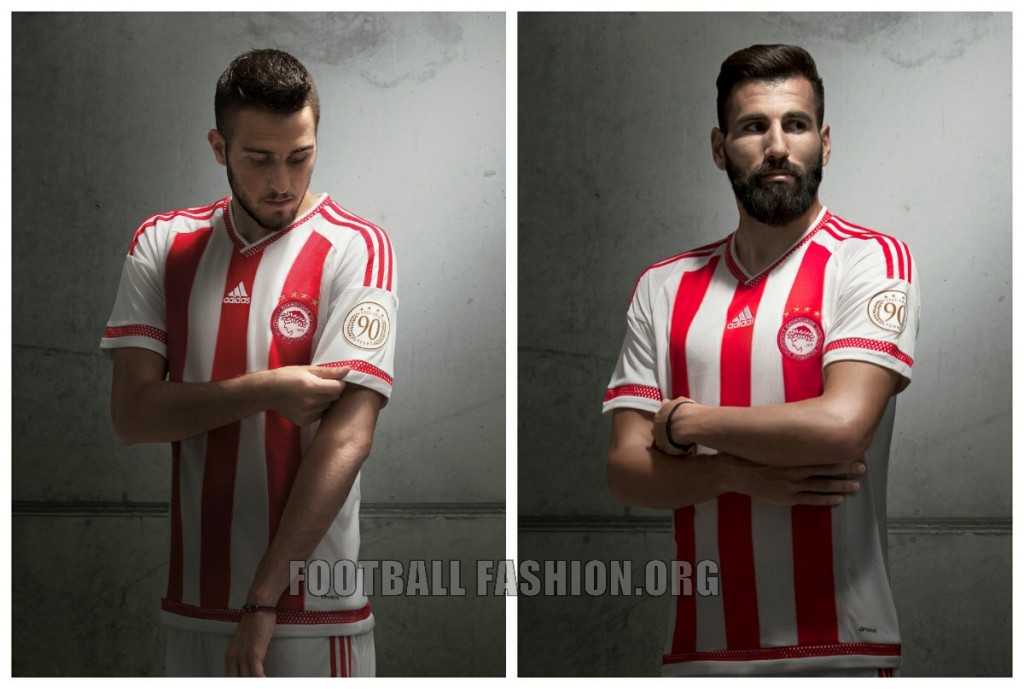 A white and gold badge is embroidered on the left sleeve of the new Olympiacos Piraeus home shirt with the text “1925 – 2015 90 YEARS” surrounded by a laurel crown. The badge and the club crest on the front of the jersey have four golden stars in recognition of the team’s forty two Greek titles.

UK Soccer Shop is expected to carry the Olympiacos 2015/16 adidas home kit in the coming weeks. 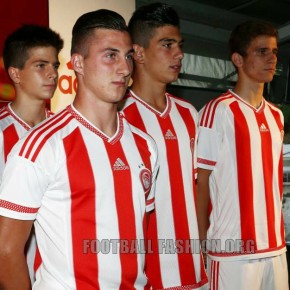 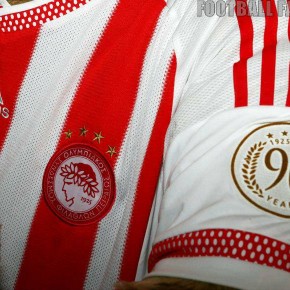 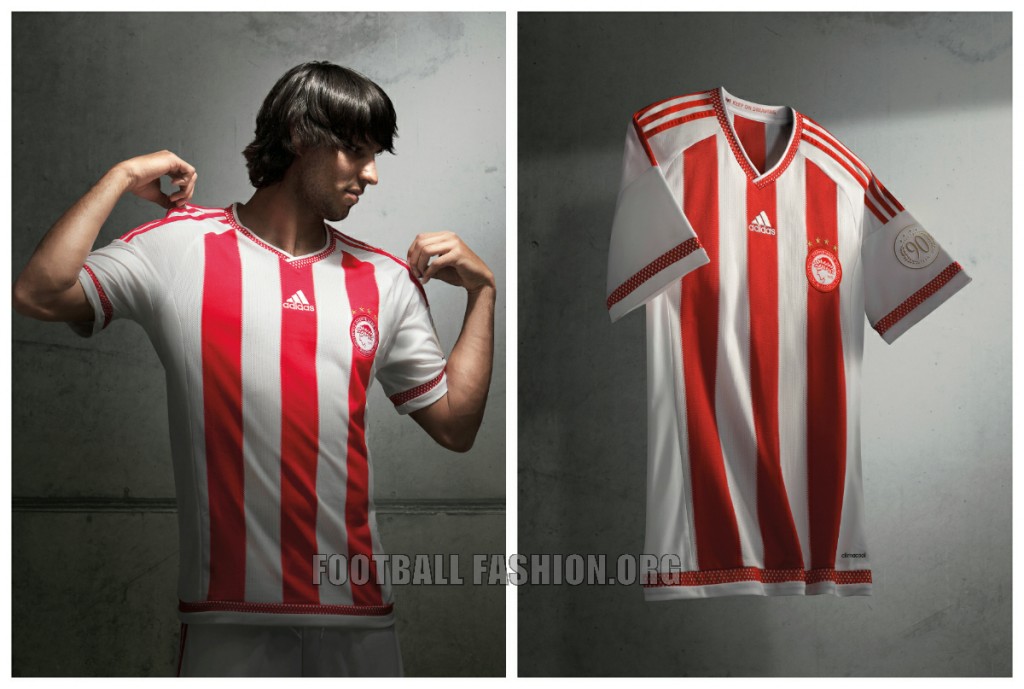