A fixture in the Football League Championship since their relegation from the Premier League in 2012, Bolton Wanderers Football Club have released their 2015/16 home and away kits from Macron. 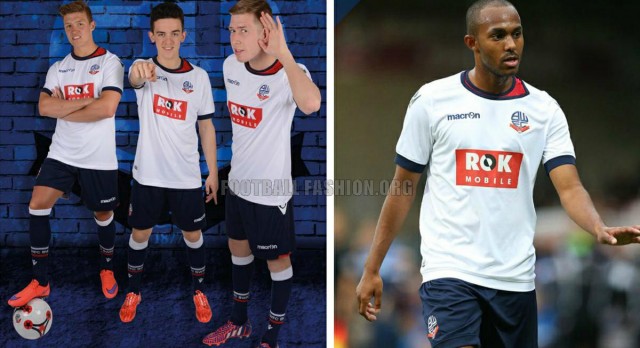 Worn over the course of Bolton’s pre-season campaign, the Trotters’ 15/16 home kit is in their well-known white with dark blue accenting on its round neck collar and sleeve cuffs. A relatively hefty dose of red appears on the inside neck and on a cutaway area to the left of the outside collar. An embossed red rose (taken from Wanderers’ crest) appears in each area. The uniform is completed with dark blue shorts and socks. 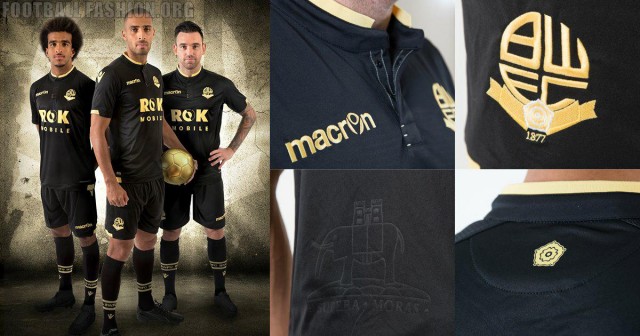 The Bolton Wanderers FC 2015/16 Macron away kit is all black with gold accenting on its standup collar and sleeve cuffs flashes. The Wanderers crest, Macron branding and sponsor logo are all in gold as well. As with the home kit, the club’s initials of “BWFC” are printed on the outside upper back of the alternate jersey.

Bolton currently have USA international Tim Ream and former Liverpool and England striker Emile Heskey on their roster. They finished their last Championship season in a disappointing 18th place. 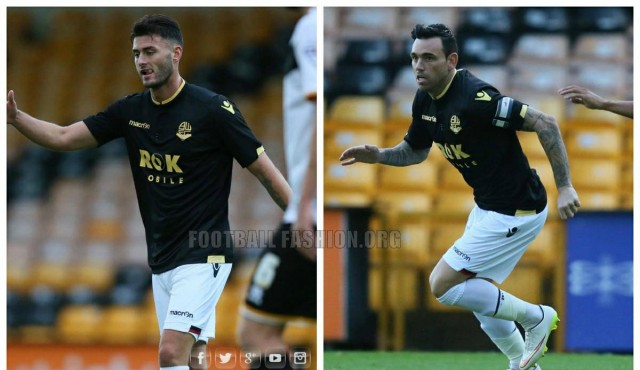 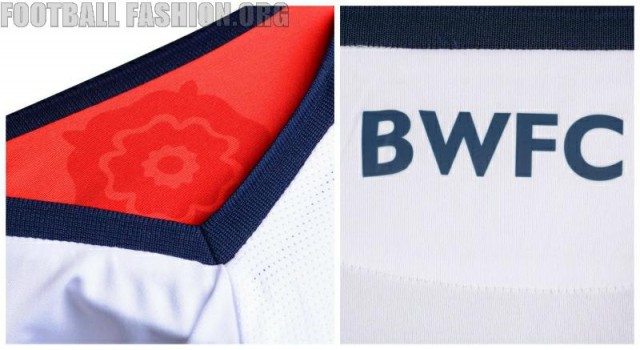