It will be available at UK Soccer Shop, Kitbag, Subside Sports and World Soccer Shop along with The Bhoys 15/16 home and away shirts. 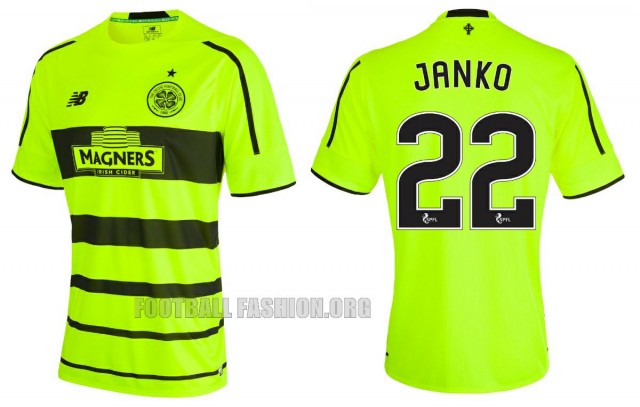 The Celtic 2015/16 Euro uniform is the latest “Bumblebee Kit” from the form European champions. The club says that it has been a fans’ favorite since its introduction in 1996.

The first new “Bumblebee Kit” since 2009 is based on the bold florescent yellow and black Celtic Umbro away strip worn during the 1996/97 and 1997/98 seasons. The modern version features yellow shorts instead of the black pants of its nineties era predecessor. The Celtic crest, New Balance branding and sponsor logo are all in black to stand out against the base color of the shirt. The very first Celtic cross club crest appears on the upper outside back of the jersey. 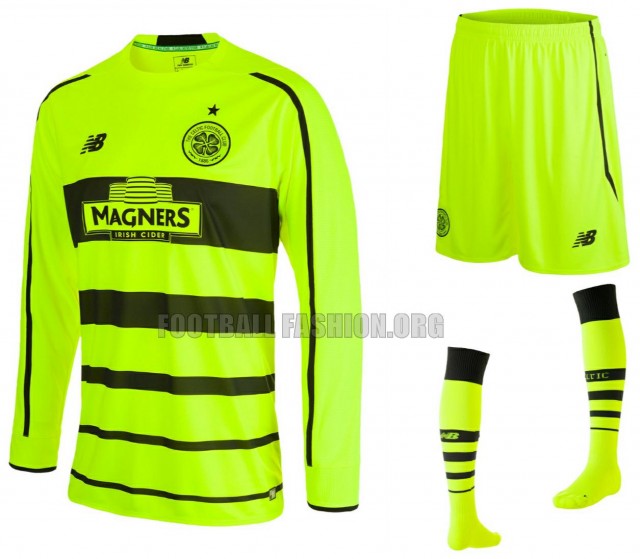 Celtic’s traditional green and white is present on a band of inside neck taping that read “A CLUB LIKE NO OTHER”.

Celtic continue their 2015/16 UEFA Champions League campaign when they travel meet Iceland’s Stjarnan in the second leg of their Second Qualifying Round series on Wednesday. 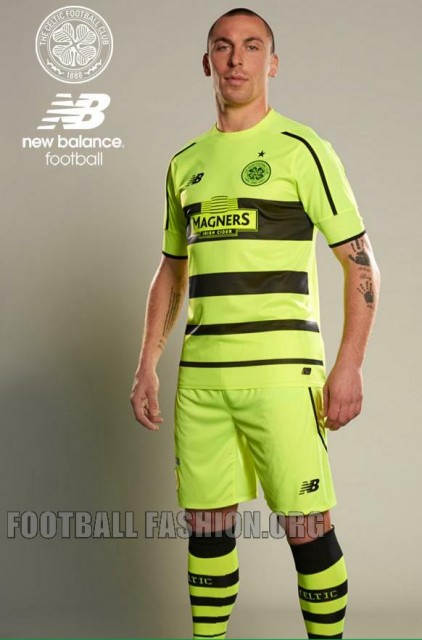