Dutch Eredivisie champions PSV Eindhoven have unveiled their first new kits from Umbro following their well-received switch from Nike at the end of the 2014/15 season. 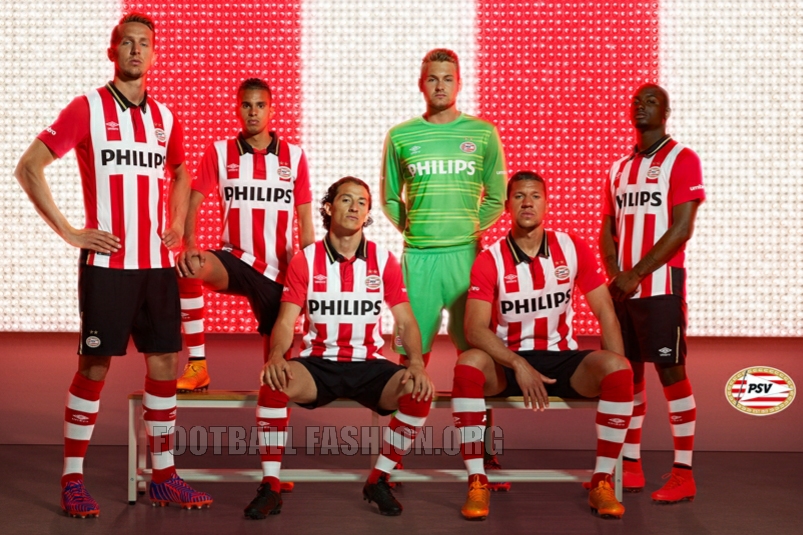 The PSV Eindhoven 2015/16 Umbro home and away uniforms were officially launched by the 1998 European champions using the theme “Light Up the Future”. Both will be on sale at World Soccer Shop, Kitbag, Subside Sports and UK Soccer Shop.

The PSV 15/16 home shirt is in the famous red and white vertical stripes of the now 101 year old club. It has a black polo collar with a gold overlay for a classic football shirt feels and all red sleeves. A placket with two hidden buttons completes the neck area of the home jersey. With back of the kit is mainly white for allow for a clear view of player names and numbers.

PSV Eindhoven’s 2015/16 Umbro away shirt is more modern with a another bespoke design that uses a ribbed crewneck with bright coral trim that matches the jersey’s shoulder taping. The kit has a colorway of two tones of blue with a diagonal separator on the from that disrupts its hoops.

Both shirt have the text “Eendracht maakt macht” (“Strength in Unity) printed on their upper backs and two golden stars above the PSV crest. The stars are in recognition of the Dutch powerhouse’s 22 Eredivisie titles to date. 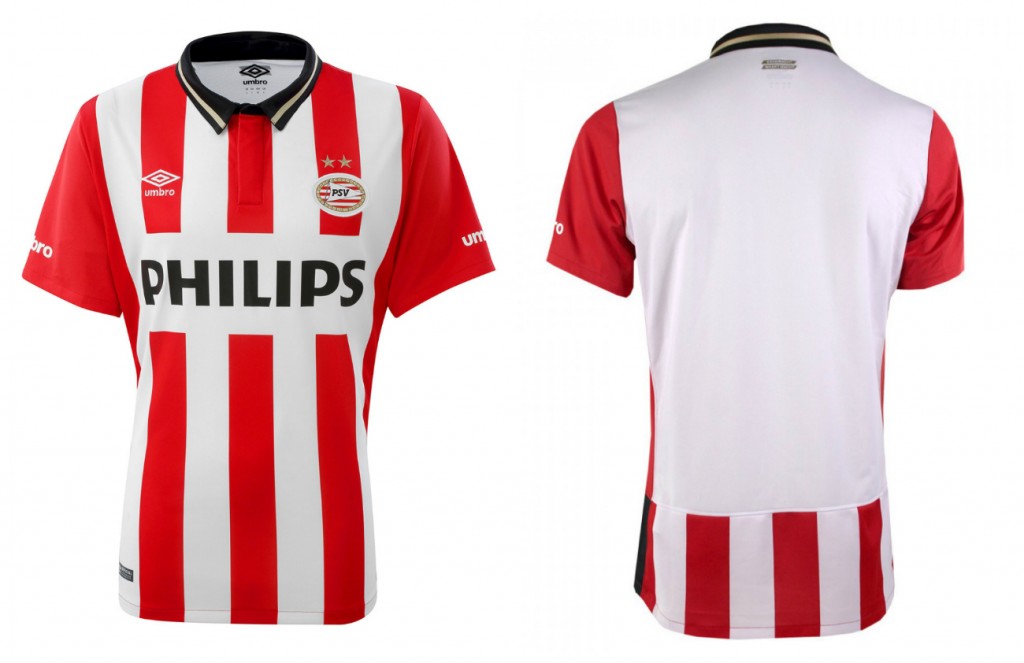 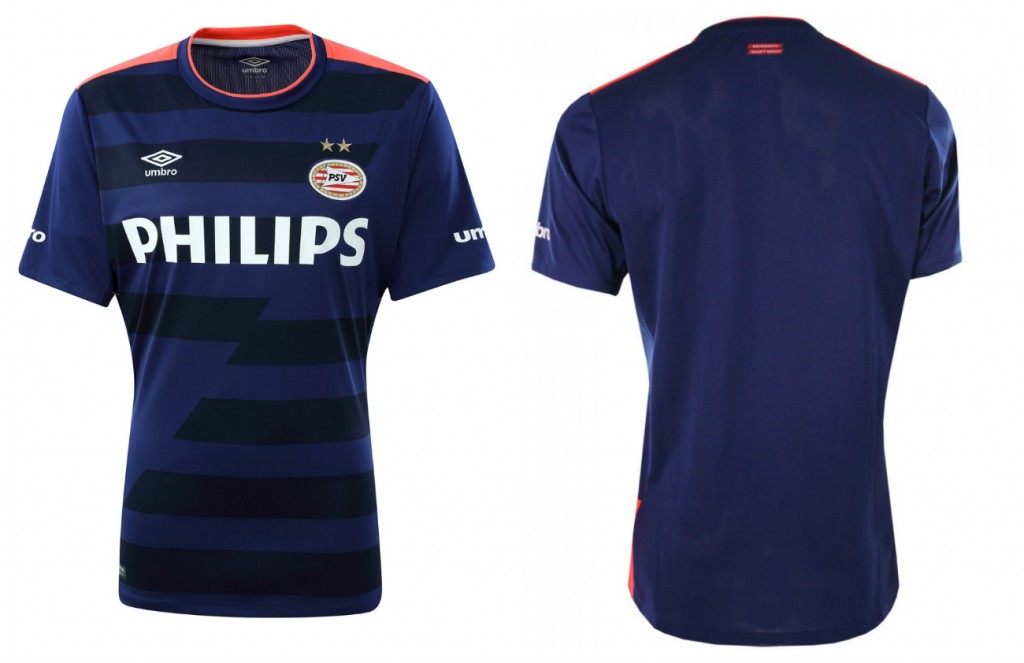