The special edition shirt will be the last Nike jersey that PSV will wear ahead of their end of season switch to Umbro. It will be worn by the likes of Andrés Guardado, Memphis Depay and Luciano Narsingh and the rest of manager Philip Cocu’s team as they close of the Eredivisie season against Heracles Almelo and ADOC Den Haag. 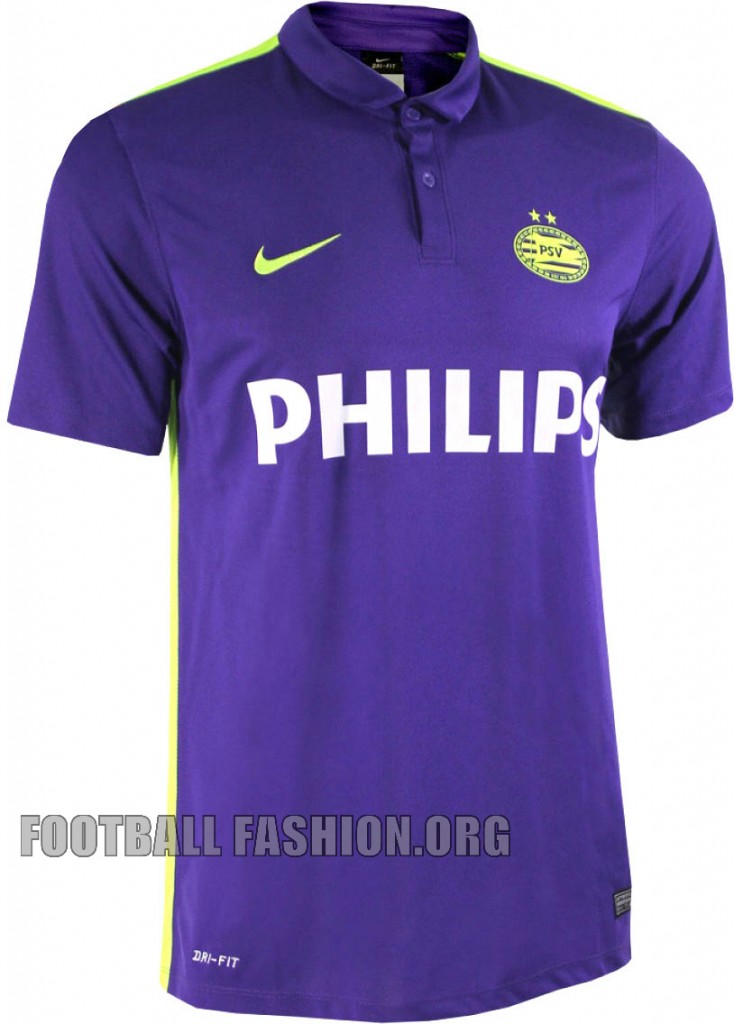 The PSV Eindhoven 2015 Nike Farewell uniform is completed by purple shorts and socks. All three pieces of the strip have bright yellow accenting. The PSV badge on the shirt and shorts is embroidered in yellow thread.

PSV was one of the first European clubs to sign with Nike’s then fledgling soccer division in 1995. At the time the team had Nike Football’s marquee endorsee, Brazilian striker Ronaldo, on their books.