A Japanese J1 League side since 2019, Vegalta Sendai recently released their 2019 adidas home and away kits. 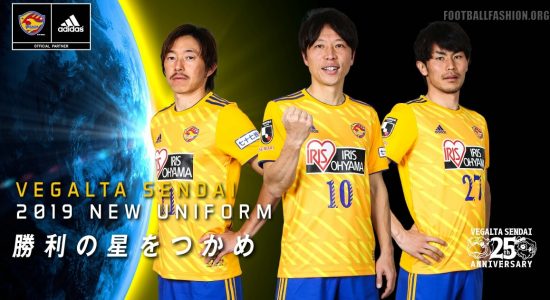 In home yellow and way white, the Vegalta Sendai 2019 jerseys use a new rounded neckline design from adidas. The most prominent feature of the shirts are a series of short diagonal lines on their fronts. 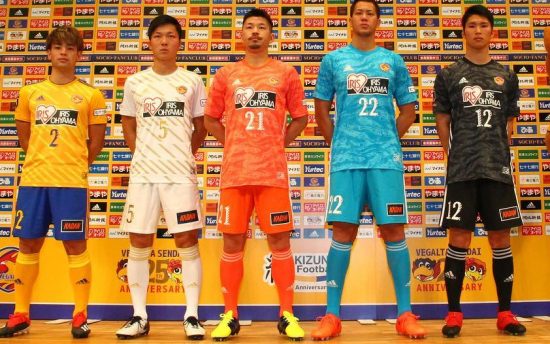 The strips are in a lighter shade of yellow than the kit’s base on the primary jersey. They are light orange on the alternate shirt. 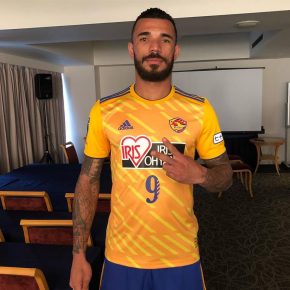 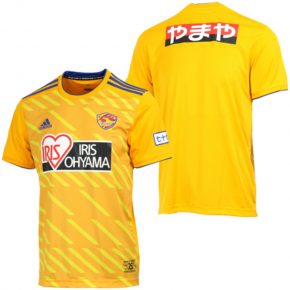 adidas stripes run along the shoulders with the J1 League patch and a sponsor logo on the sleeves. A Vegalta Sendai 25th Anniversary graphic is heatstamped on the left front corners of the kits.