Amongst the best-supported clubs in the J1 League, FC Tokyo has dropped their 2019 home and away ktis from Umbro Japan. 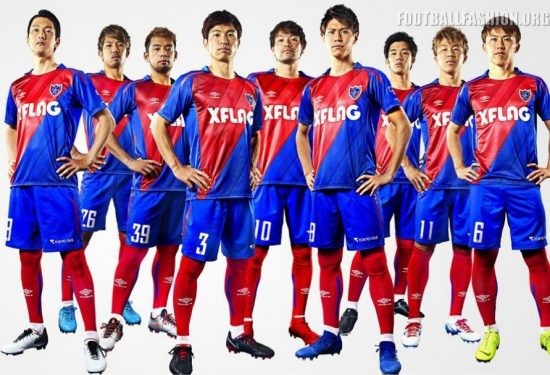 The kits celebrate FC Tokyo’s twenty years in the Japanese J. League (J1 and J2) and were launched with the theme “Next Stage”. The concept represents the club’s evolution and aspirations. 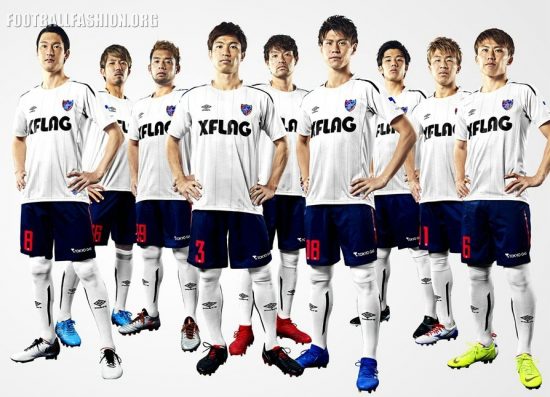 The FC Tokyo 2019 Umbro home jersey combines the club’s primary colors of blue and red through sections separated by a diagonal border on their front and back. 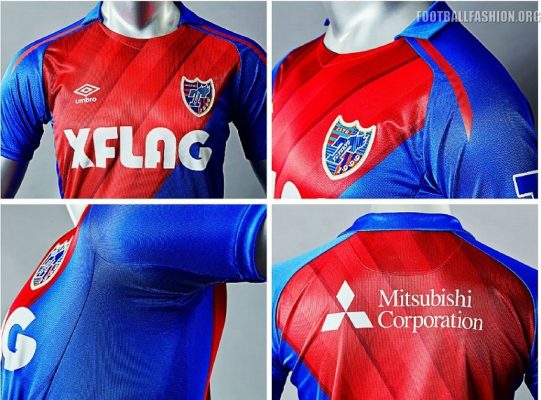 A series of tonal diaglonal stripes appear within each area. The sleeves of the shirt are blue along with its retro-inspired polo collar. The kit’s neckline is rounded. 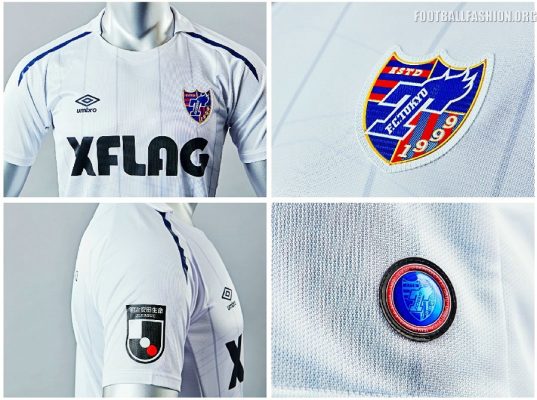 FC Tokyo’s 2019 away jersey has an old school feel because of its crewneck and pinstripes. The shirt is white with black detailing. 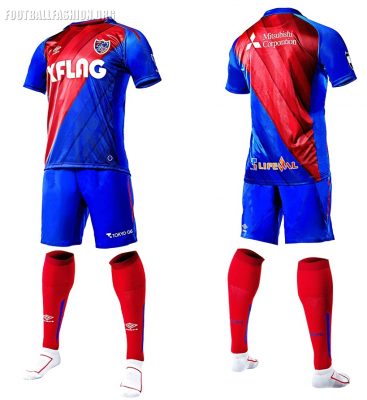 Like the new FC Tokyo home kit it has a thin strip of Umbro’s diamonds on its front shoulder area and uses a bespoke design from the Japanese outpost of the Manchester, UK-based soccer speacialists. 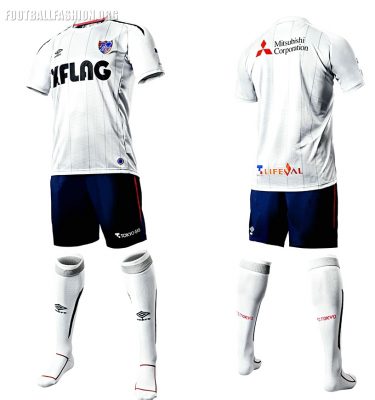